The services of the Office of Diversity and Compliance at the City College of New York continue to be available as we move to distance and online learning. Please see below for updates on the provision of these services:

The City College of New York is committed to a policy of equal employment and equal access in its educational programs and activities. Diversity, inclusion, and an environment free from discrimination are central to our mission.

It is the policy of City College to recruit, employ, retain, promote, and provide benefits to employees (including paid and unpaid interns) and to admit and provide services for students without regard to race, color, creed, national origin, ethnicity, ancestry, religion, age, sex (including pregnancy, childbirth and related conditions), sexual orientation, gender, gender identity, marital status, partnership status, disability, genetic information, alienage, citizenship, military or veteran status, status as a victim of domestic violence/stalking/sex offenses, unemployment status, or any other legally prohibited basis in accordance with federal, state and city laws.

It is also City College policy to provide reasonable accommodations when appropriate to individuals with disabilities, individuals observing religious practices, employees who have pregnancy or childbirth-related medical conditions, or employees who are victims of domestic violence/stalking/sex offenses.

This Policy also prohibits retaliation for reporting or opposing discrimination, or cooperating with an investigation of a discrimination complaint.

The City College of The City University of New York (CUNY) is committed to providing equal employment and educational opportunity to all persons without regard to race, color, religion, national or ethnic origin, age, gender, sexual orientation, transgender, disability, genetic predisposition or carrier status, alienage or citizenship, prior arrest record, or marital, military, or veteran status. It is a violation of this policy for any member of the college community to engage in discrimination or to retaliate against a member of the community for raising an allegation of discrimination, filing a complaint alleging discrimination, or for participating in any proceeding to determine whether discrimination has occurred.

As an urban institution in the City of New York that is committed to the concept and values of pluralism and diversity, the college seeks to have its workforce reflect the diversity of its student body, the surrounding community, and the representation of qualified individuals available in the labor force. To that end, the college's affirmative action employment plan (AAP) is designed and implemented with the dual goals of increasing employment opportunities for all legally mandated protected groups and assuring the effective realization and utilization of their talents and skills.

Pursuant to law "protected groups" are defined for affirmative action purposes as: Black (non-Hispanic)/African American, Hispanic, Asian or Pacific Islander, and American Indian or Alaskan Native, women, special disabled and Vietnam Era veterans, and individuals with disabilities. Moreover, in accord with the University Chancellor's mandate of 1976, Italian-Americans are also designated an affirmative action protected category within CUNY.

dcuozzo@ccny.cuny.edu  is the College's Interim Chief Diversity Officer for the Title 504 and Title IX programs. Complaints, comments and/or questions regarding applicable policies, procedures or the college's AAP, or discrimination generally, should be directed to the Office of Diversity located in Shepard Hall, Room 109 A-D, telephone: (212) 650-6310.

On an annual basis, the college compiles an Affirmative Action Plan (AAP) using data obtained from the CUNYFirst Ethnicity and Gender report on full-time employees with annual appointments (excluding substitute and visiting titles).  Below you will find the college's AAP plans:

If you are interested in having a gender-based violence prevention workshop for your office, student group, department/staff office please contact Sophie English, LCSW at senglish@ccny.cuny.edu or (212) 650-8905. If you would like a training on Title IX policy/procedure or equal opportunity and Non Discrimination Policy contact Diana Cuozzo at dcuozzo@ccny.cuny.edu or (212) 650-7330.

Join BRESI for a series of three town halls throughout the month of September. The town halls will feature updates from each of the commission’s subcommittees and will include an extended presentation on the findings of one of those committees. Each town hall will feature a live Q&A, during which you will be invited to ask any questions or provide suggestions and ideas regarding the initiative. Your feedback will help inform the commission as they prepare their final recommendations to the Office of the Chancellor. Click here to learn more: https://www.cuny.edu/academics/current-initiatives/bresi/

The affirmative action policies and practices of City College are part of the University's goal to provide equal employment opportunity and prevent discrimination. Such policies and practices of City College apply to persons in federally protected groups, including women, people with disabilities, Vietnam Era veterans, Blacks, Hispanics, Asian/Pacific Islanders, and American Indian/Alaskan Natives. In addition, the University and City College have designated Italian Americans as a protected group for whom these policies apply [Statutes Enforced by AAO]. To that end, the Office continuously reviews policies and procedures pertaining to affirmative action, equal opportunity, and non-discrimination. The Office monitors and advises search committees on search and screen procedures; and develops and monitors the College's progress and diligence in pursuing goals set forth in the Affirmative Action Plan. Documents and forms related to the search process are available at the Office located at 160 Convent Avenue, Shepard Hall, Room 109 or online. Information on the search approval process is available at Human Resources located at 160 Convent Avenue, Shepard Hall, Room 50.

CUNY has implemented a program called SPARC (Sexual & Interpersonal Violence Prevention And Response Course) to provide students with this training. SPARC is an online training module developed by SUNY in collaboration with CUNY that educates students* about sexual misconduct, ways to prevent it, and the campus’ response to a complaint. The content has been customized to reflect New York State requirements and CUNY policies.

To access the SPARC course, log onto Blackboard. On the Home page, look for My Organizations and the Training course will be listed. If you do not see the course, please contact Student Affairs at studentaffairs@ccny.cuny.edu .

*NOTE: All incoming students (first-year and transfers) are required to complete SPARC training as are student government members, student leaders and members of other student groups designated by the University and/or College.

LAUNCH OF A NEW LGBTQ+ STUDENT CENTER AT CITY COLLEGE 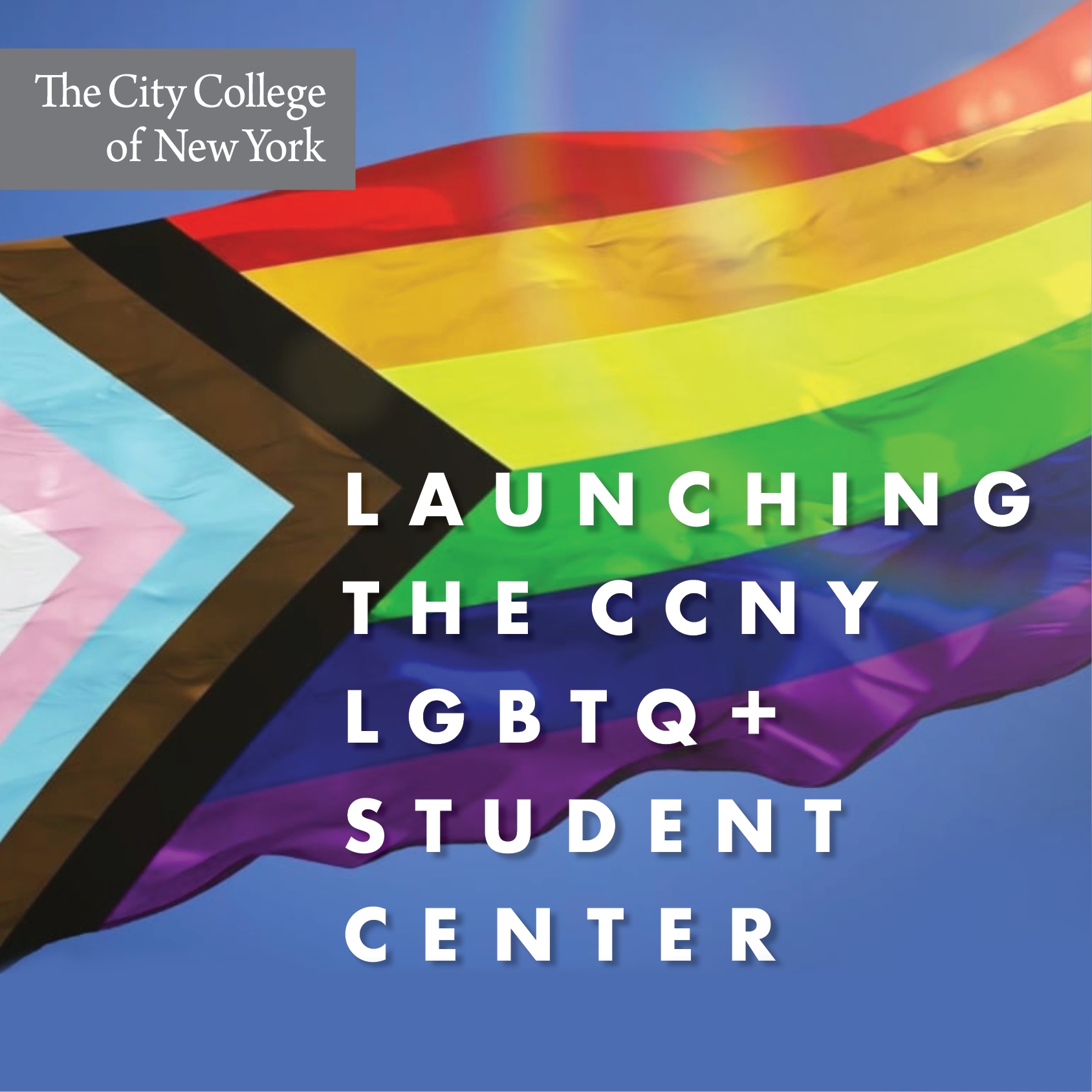