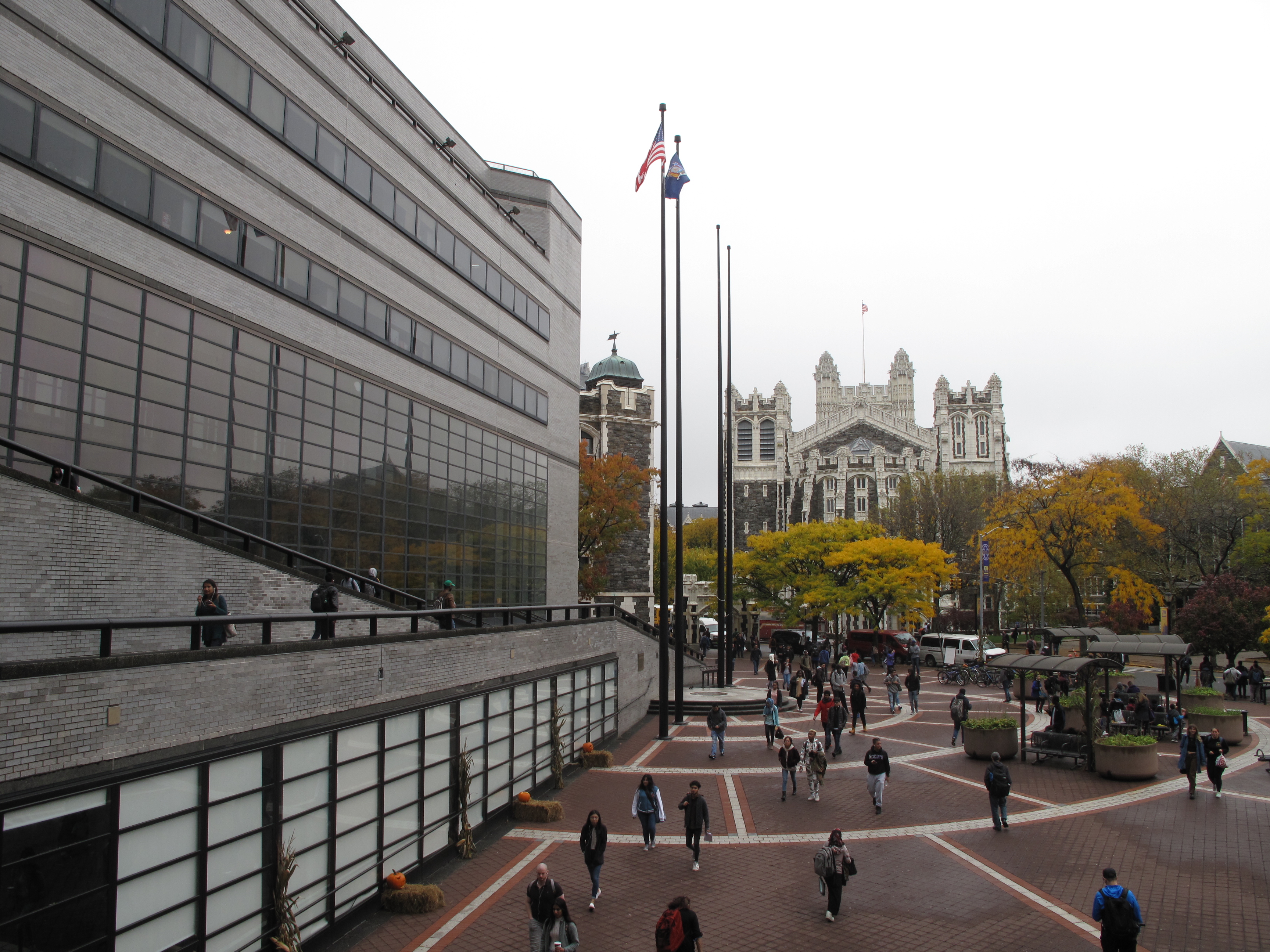 “I would recommend the IR program at the Colin Powell School to an interested student because not only would a student learn all the tools necessary to function in today’s world, but they would also learn the true meaning of leadership, service and commitment not only to oneself but also to the community.“

The Masters in International Affairs at the Colin Powell School for Civic and Global Leadership offers a professional degree that prepares students for a variety of careers in the public, private, and non-profit sectors.

Please read our alumni profiles below.

Olalekan earned a BA in International Studies and BA in Political Science at CUNY-College of Staten Island. His interests included international organizations, politics, law, and social development therefore he soon decided to join the Master’s in International Relations program at the Colin Powell School because of the quality education, the necessary pedigree, and affordability. His thesis topic was Terrorism in Nigeria: Culmination of Economic Disenfranchisement, Social Marginalization and Political Instability. Please click here to read more about Olalekan’s journey and experience at the Colin Powell School.

Zareen is originally from the New York City area, which is where she attended college. She obtained her Bachelor’s and initial Master’s Degree in Forensic Psychology from John Jay College in 2003. Upon graduation, Zareen served as a Deputy United States Marshal with the United States Marshals Service for approximately 3 years in the Northern District of California. After leaving the US Marshals Service in 2006, Zareen obtained her Master’s degree in International Relations (”IR”) from the City College of New York. While at CCNY, Zareen conducted work for the Institute for Defense and Disarmament Studies and worked for Dr. Jean Krasno in support of the Kofi Annan Papers Project. Her thesis focused on the formation of a standing UN peacekeeping force.

Immediately upon graduating from the IR program, Zareen accepted a position with the United Nations Food and Agricultural Organization for Somalia, where she worked in both Kenya and Somalia in the area of food security. Following this, she continued her work in the area of African Affairs for such organizations as FXB International, the International Institute for Justice and Development and US Department of Defense, US Africa Command. She later returned to Somalia in 2012 in support of African Union Mission in Somalia ("AMISOM") counter terrorism and stabilization efforts. In 2016, she graduated from the 2-year accelerated JD program at Brooklyn Law School, with a certification in International Law, and following this, served as an Assistant District Attorney for the Office of Special Narcotics Prosecutor in NYC for over two years. Since 2018, Zareen has worked as an Attorney-Advisor for the National Aeronautics and Space Administration ("NASA") at the Marshall Space Flight Center, specializing in international law, procurement, ethics and litigation. She was also recently accepted into the US Air Force's part-time Judge Advocate General ("JAG") reservist program.

After eight years of working in finance, Steven decided to transition to a career in global affairs, a journey that began by enrolling in the Colin Powell School for Civic and Global Leadership.  Through his studies, he learned how to analyze the dynamics of the international system and the impact of world events. He was also able to participate in a volunteer/study program in Ghana, helping to improve a local school. Steven’s favorite part of the program was his exposure to a diversity of ideas, from both the professors and students.

Steven wrote his thesis on the impact of the local political economy on development interventions in Ghana and Ethiopia. He was able to draw on knowledge gained through his research to successfully design and implement a project in the South Pacific nation of Vanuatu, as a Peace Corps volunteer. Steven currently works for the US Agency for International Development, where he strives to deliver aid to countries suffering from natural disasters and complex emergencies. Steven recommends enrolling in an MA at the Colin Powell School, as it provides a well-rounded and practically-minded tool kit for working in international affairs.

“I wanted to work at the United Nations and was looking for an affordable graduate program that would advance my knowledge, strengthen my communication skills and, perhaps, provide networking opportunities in the field of international relations. The Masters in International Affairs at the Colin Powell School for Civic and Global Leadership was a perfect fit”.

Alena moved to New York from Novosibirsk, Russia, where she earned a bachelor’s degree in European Studies. As a graduate student at City College, Alena pursued internships at the United Nations Women and United Nations Population Fund where she learned about the inequality issues that women face all over the world. A strong interest in gender disparities inspired her to write her master thesis about human trafficking and domestic violence in the post-communist countries, with an emphasis on Russia and the Czech Republic.

In the summer of 2012, Alena travelled to Accra, Ghana, with a peer group under supervision of Prof. Jean Krasno to learn about the modern democracy in Africa and traditional forms of governance and to conduct research on women’s representation in governmental structures. “That experience has been remarkably fulfilling. While interviewing the members of the local government and nonprofit organizations, I have strengthened my communication and research skills, as well as an ability to critically evaluate information”.

Since graduation Alena has been involved in work around global health issues, such as human trafficking, disability rights and HIV prevention in several non-profit organizations and is currently employed in the Office of the Under-Secretary General, Department of Political and Peacebuilding Affairs, at the United Nations. Alena is a focal point for Africa and Electoral Assistance in the correspondence team, reviewing correspondence and ensuring its compliance with the UN protocol.

Samuel Martell
MIA, 2006
Political Affairs Officer, with responsibility for the Korean Peninsula/DPRK, in the Northeast Asia and the Pacific Team of the United Nations Departments of Political and Peacebuilding Affairs and Peace Operations. 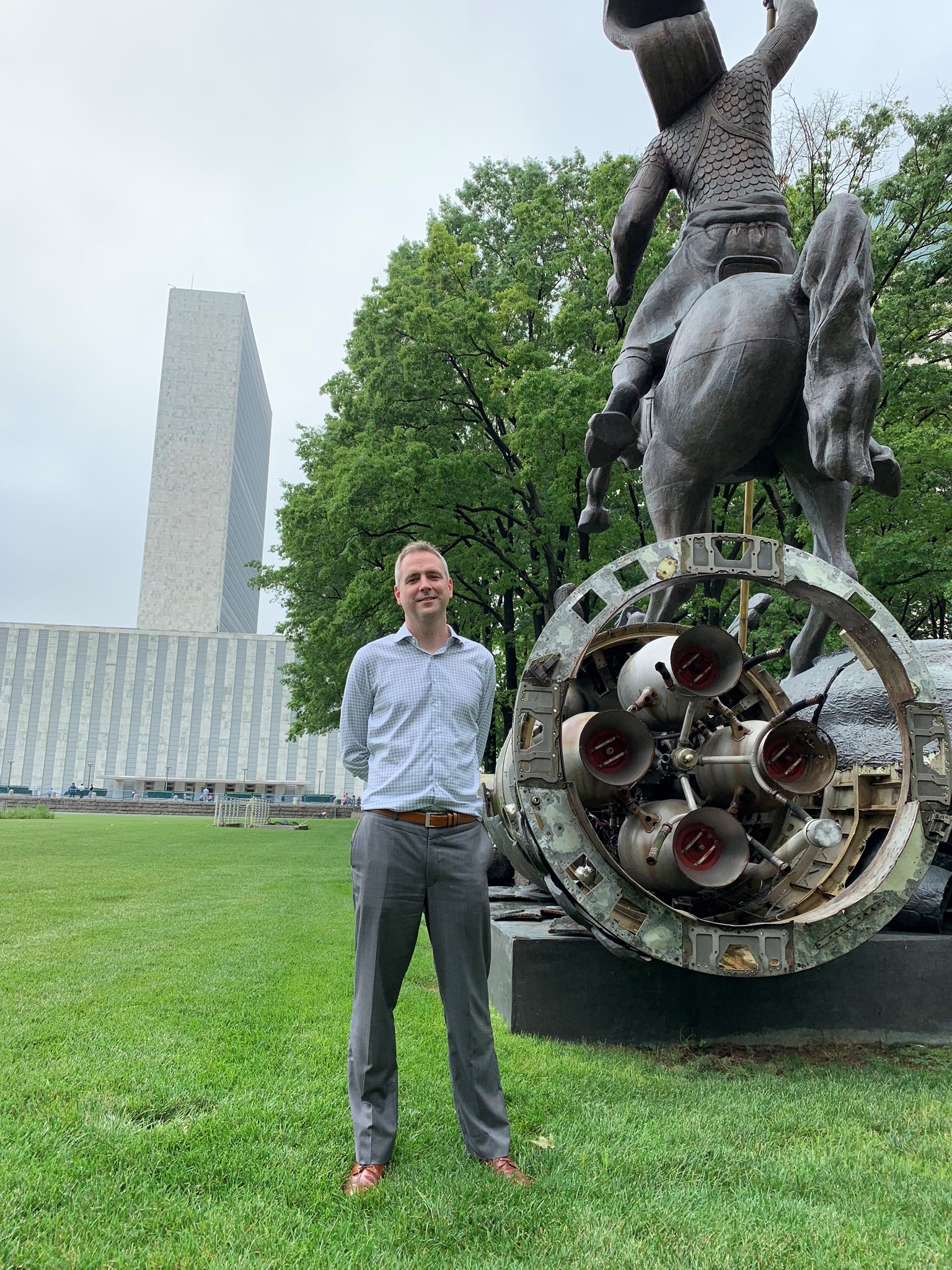 Mr. Martell served as Political Officer for the Horn of Africa, with responsibility for Egypt, from 2012 to 2014.  He supported the Secretary-General’s Special Representative and activities of the United Nations Political Office for Somalia (UNPOS) from 2010 to 2012. Previously he supported the Secretary-General’s High-level Coordinator regarding repatriation and return of all Kuwaiti and third-country nationals, or their remains, and on the return of all Kuwaiti property.  He was selected for the international civil service with the United Nations Secretariat through competitive examinations in 2009.

Prior to joining the United Nations, he worked as a researcher for the Kofi Annan Papers Project in 2006, under the direction of Dr. Jean Krasno, and as a Manager for the British Airports Authority from 2003 to 2004.

Mr. Martell received his M.A. in International Relations in 2006 from The City College of New York, Colin Powell School for Civic and Global Leadership, and graduated from Edinburgh Napier University with a B.A. (Hons) in Communication in 2001. He is married and has three sons.

“What I liked most about the international relations program, was the diversity of students. My classmates came from four continents, had backgrounds in diplomacy, immigration law, women’s rights, the Army, journalism and documentary filmmaking. The diversity of backgrounds and life experiences made our discussions about politics and human rights so much more animated and inspiring. This is how I will always remember City College: as a place where everybody is welcome and where we learned not just from our professors and our books, but from each other.”

Elisabeth come to New York to work for the United Nations as a language professional. She quickly realized that to succeed in the organization, she needed more substantive knowledge about international law, development, arms control, and peacekeeping as a result she decided to go back to college to pursue Master’s in International Affairs. The City College was her first choice because of its employment-friendly schedule: all classes took place in the late afternoon or evening, allowing her to keep her job at the UN while studying. The classes about Africa, nuclear security and peacekeeping were among her favorite, and highly relevant for her professional career.

It was the course on nuclear security with Prof. Jean Krasno that inspired Elisabeth's thesis topic. Thanks to her thesis research on nuclear disarmament, she became immersed in this field which has become her area of expertise. She is now co-authoring a book entitled “Banning the Bomb: The Treaty on the Prohibition of Nuclear Weapons,” which will be available in 2020.