Please join us for the new SCIAME Lecture Series, titled And/Or. “Architecture and Geographies of Difference” will feature Balkrishna Doshi and Barry Bergdoll for a discussion of art and architecture.

Free and open to the public - Please register for this Zoom event here.

In this online series, curators Viren Brahmbhatt, Ali C. Höcek, and Martin Stigsgaard argue that the traditional format of a single lecturer speaking to an audience sets up a binary opposite all of its own -- speaker/listener, which simply reinforces the power structure between those who "possess" knowledge and those who "consume" it. In its place, the &/Or Online Dialogues will present two speakers in conversation with each other, moderated by a third. The series features prominent artists, activists, and architects from across the globe who will discuss their work and the unique political and environmental challenges they confront.

Balkrishna Doshi (B.V. Doshi), the first from India to be awarded the prestigious Pritzker Prize (2018), is one of the pioneers of modernist architecture in India. In a career spanning about seven decades, Doshi completed more than 100 projects, many of which were public institutions based in India: schools, libraries, art centers, and low-cost housing. His understated buildings adapted the principles he learned from working with Le Corbusier and Louis Kahn to the needs of people while considering India’s traditions, lifestyles, and environment. Doshi is an important figure in Indian architecture and noted for his contribution to the evolution of architectural discourse in India.

His more noteworthy designs include the IIM Bangalore, IIM Udaipur, NIFT Delhi, Amdavad ni Gufa, CEPT University, and the Aranya Low-Cost Housing development in Indore which was awarded the Aga Khan Award for Architecture. He has also been awarded the Padma Shri and the Padma Bhushan -- two of the four highest civilian awards conferred by the Government of India.

Barry Bergdoll is the Meyer Schapiro Professor of Art History at Columbia University and the former Chief Curator in the Department of Architecture and Design at the Museum of Modern Art, New York (2007-2014).  A specialist in the history of modern architecture, he has curated exhibitions at MoMA, the Canadian Centre for Architecture, the Musée d’Orsay, and other venues, including Mies in Berlin (2001), Bauhaus 1919–1933: Workshops for Modernity (2009-2010), Rising Currents: Projects for New York’s Waterfront (2010), Latin America in Construction: Architecture 1955-1980 (2015) and Frank Lloyd Wright at 150: Unpacking the Archive (2017). In addition to the catalogs for those exhibitions, he is the author of numerous books and articles including most recently of Marcel Breuer: Building Global Institutions (2017; with Jonathan Massey), European Architecture 1750-1890 (2000), and Karl Friedrich S

chinkel: An Architecture for Prussia (1994). 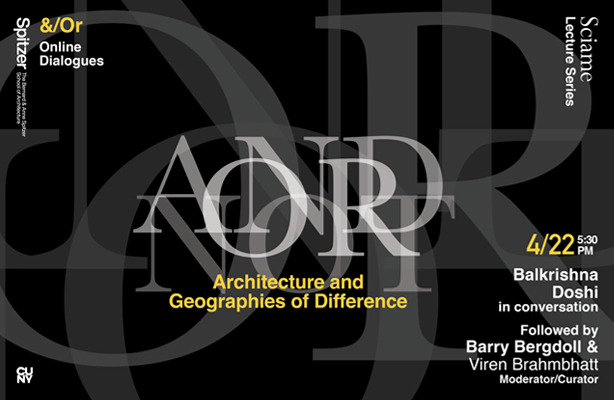