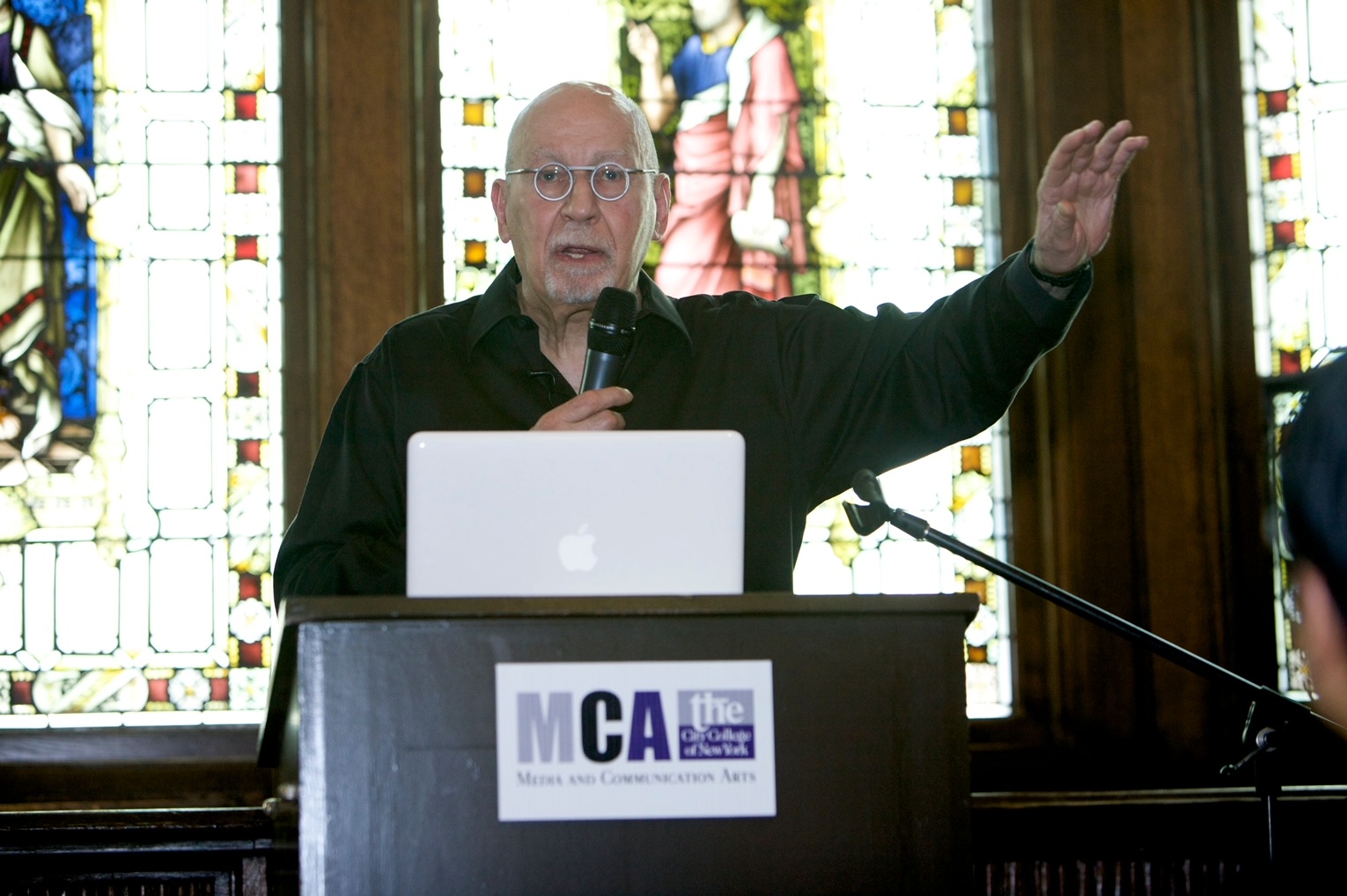 George Lois, art director, designer and advertising man died on Nov. 18, 2022. A long time friend and backer of The City College of New York, Lois was born in the Bronx in 1931 and graduated from the the High School of Music and Art when it was located on the CCNY campus. He was accepted to the Pratt Institute. He left during his second year to work for designer Reba Sochis. He was drafted into the army six months later, where he fought in the Korean War.

Upon returning from Korea, Lois went to work for the advertising department at CBS. He married his wife Rosemary in 1952. They made their home in New York City.

In 1960, Lois recruited Julian Koenig and Fred Papers to form PKL. It was the first advertising firm to be taken public.

Lois created his own agency, Lois/USA in 1961. In 1963, Lois was named Art Director of the Year by the New York Art Directors Club. From 1962 to 1972, Lois designed ninety-two covers for Esquire magazine. He went on to create campaigns for name brand clients such as Minolta, Tourneau and The Four Seasons. In 1968, Lois created a campaign for Braniff International Airways whose tagline “When You Got It, Flaunt It,” accompanied by the ad featuring Andy Warhol and Sonny Liston, revolutionized advertising. He is credited with creating several other ground-breaking campaigns, “The Big Idea” and “I Want My MTV” among them.

Lois was a regular guest lecturer in CCNY’s Ad PR program’s advertising classes. He also served on the advisory board of the CCNY Branding and Integrated Communications Program.

In January, 2016, The City College of New York received the "The George Lois Big Idea Archive," a collection comprising films, TV and radio commercials, print ads, posters, scripts, correspondences, photos, memorabilia and numerous other items from a remarkable career spanning more than 65 years. Spearheaded by Professor Ed Keller, the archive is open to the public and is available for educational and research purposes. Click here to donate to the archive and mention George Lois Archive in the comment box.

Lois’s favorite cover design was for Esquire magazine featuring the legendary boxer Muhammed Ali posed as the third century martyr, Saint Sebastian, who was shot through with arrows because of his faith.

The son of Greek immigrant parents who ran a florist business Lois said of CCNY:  “CCNY most reflects my attitude...that my mission in life is not to sedate, but to awaken, to disturb, to communicate, to command, to instigate, and even to provoke.”

Lois is credited with having refashioned the role of the art director from back room journeyman to masthead linchpin.