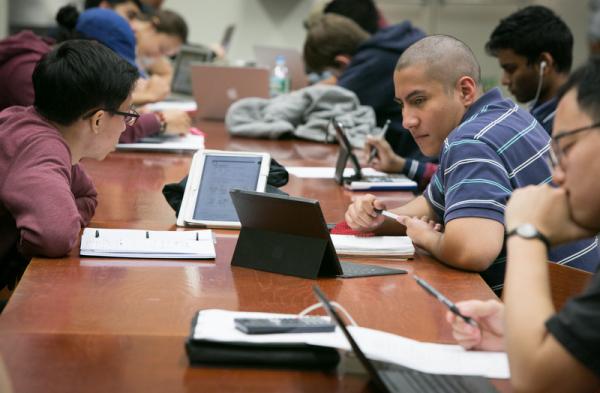 CCNY offers students a good return on their educational investment and ensures opportunities for social mobility, according to Forbes.

Looking for a school where your educational investment is likely to reward you with a healthy return and ensure opportunities for social mobility? Then include The City College of New York among your options, according to Forbes. It lists CCNY among America's Best Value Colleges for 2018.

Only 300 schools nationally made the Forbes list. Forbes scored them against their peers. It ranked them in six areas: alumni earnings, net price, net debt, school quality, timely graduation, and population of Pell Grant recipients.

Forbes notes that CCNY’s special niche in the CUNY pantheon is research. Almost $1 billion dollars have gone into the development of the CUNY Advanced Research Center and the City College Center for Discovery and Innovation. Both opened in 2014.

In addition, the College is the recipient of funding from various sources for research and advancement in various fields. Recent grants include:

This is the second major ranking this year recognizing CCNY as a college that pays you back.

In January, The Princeton Review®  listed CCNY in its 2018 annual guide “Colleges That Pay You Back: The 200 Schools That Give You the Best Bang for Your Tuition Buck.” It hailed the 171-year-old institution as one of the nation's best schools for students seeking a superb education with great career preparation and at an affordable price.

The Review also ranks CCNY as one of the nation's best institutions for undergraduate education.