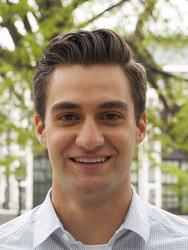 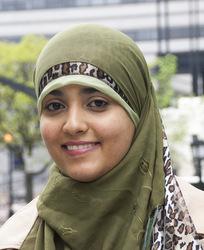 Antonios “Andoni” Mourdoukoutas, a recent NSF Graduate Research Fellowship recipient from the Macaulay Honors College, is The City College of New York’s Class of 2016 Valedictorian. Orubba Almansouri, a Yemeni immigrant and SEEK student, will be the Salutatorian at CCNY’s 170th Commencement Exercises on June 3.

First Lady Michelle Obama will be the speaker at the ceremony on CCNY’s South Campus Great Lawn.

Andoni Mourdoukoutas
A Long Island resident, Andoni is graduating with a BE in biomedical engineering and a 3.90 GPA. The NSF Fellowship tops a list of top honors that he’s earned at CCNY. It is considered the nation’s most prestigious federal grant for graduate research in the sciences. His other awards include a 2015 Goldwater Scholarship.

Andoni has been accepted to doctoral programs in bioengineering at MIT-Harvard and UC Berkeley-UC San Francisco. His interest is neural stimulation to treat illness.

Orubba Almansouri
Orubba is a double major who has completed BA degrees in English and history with a 3.97 GPA. She has been accepted to both New York University, to begin a master’s in near eastern studies this fall, and the University of Michigan for a PhD program after that.