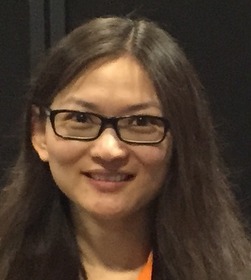 The neuroscience community is saluting the creation of a “Golden Window” for deep brain imaging by researchers at The City College of New York led by biomedical engineer Lingyan Shi. This is a first for brain imaging, said Shi, a research associate in City College’s Institute for Ultrafast Spectroscopy and Lasers, and the biology department.

The breakthrough holds promise for the noninvasive study of the brain and breasts in greater detail than possible today.

Working with Distinguished Professor of Physics Robert R. Alfano and Adrian Rodriguez-Contreras, an assistant professor of biology, Shi’s team proved theoretically and experimentally that deep imaging of the brain is possible using light at wavelength 1600-1880nm (nanometer). This is dubbed the “Golden Window” for imaging.

In the past, near-infrared (NIR) radiation has been employed using one and two-photon fluorescence imaging at wavelengths 650–950 nm for deep brain imaging. This is known as optical window 1.

Shi, who earned a Ph.D. in biomedical engineering from CCNY’s Grove School of Engineering in 2014, said the current research introduces three new optical windows in the NIR region.  And she demonstrates the windows’ potential for deeper brain tissue imaging due to the reduction of scattering that causes blurring.  Published by the “Journal of Biophotonics,” her study sheds light on the development of next generation of microscopy imaging technique, in which the “Golden Window” may be utilized for high resolution deeper brain imaging.

The next step in the research is in vivo imaging in mice using Golden Window wavelength light.