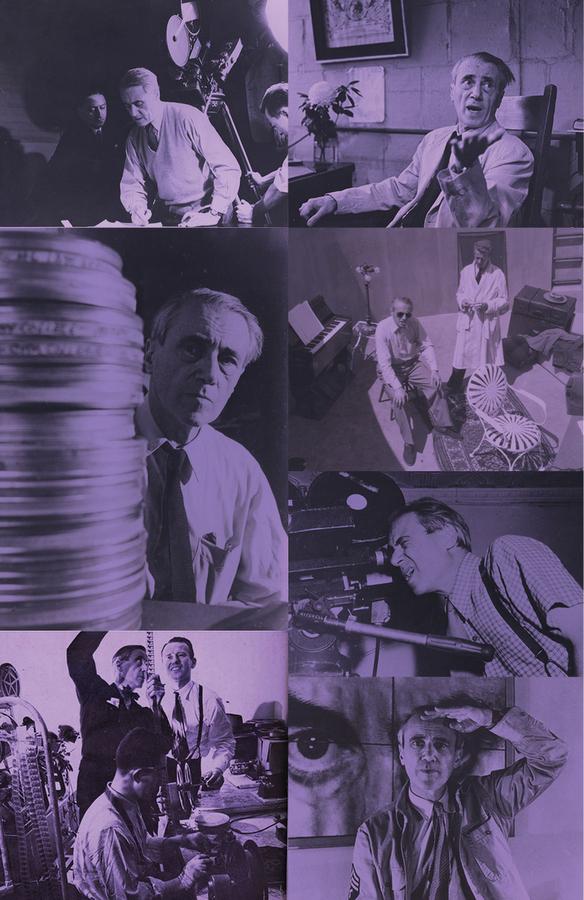 CCNY has declared 2019 the “Year of Film” to celebrate Hans Richter and the legacy of arguably the oldest, continuous film program in the U.S.

As early as 1934, student members of the aptly named Film and Sprockets Society were rolling out motion pictures at The City College of New York, establishing CCNY as one of the earliest film schools in the nation. In 1941, pioneering Dadaist and filmmaker Hans Richter took charge of the Institute of Film Techniques, CCNY’s first formal filmmaking program, founded by Irving Jacoby. Nearly eight decades later, CCNY has declared 2019 the “Year of Film” to celebrate Richter and the legacy of arguably the oldest, continuous film program in the U.S.

Highlights of the observance include:

Forced out of Europe in 1940 by the Nazis, the German-born Richter was a major force in redefining art and film in the 20th century. He arrived in the U.S. and joined the Institute of Film Techniques, as it was known, at CCNY. It was the first documentary film school in the country and Richter served as director from 1941 to 1957.

His influence over generations of American filmmakers was immense. He   opened their eyes to documentary, experimental and European films, the likes of which working-class students from New York City had never seen.

“Through his work at City College, Richter became a prophet of the concept of film as art, and he was the inspiration for what we now call the New American Cinema Movement,” said David Davidson, the award-winning CCNY filmmaker and director of  the documentary, “HANS RICHTER: Everything Turns – Everything Revolves” (2013).

In addition to Richter, CCNY’s rich film legacy includes numerous former students and alumni that went on to make their mark in Hollywood or on Broadway in different aspects of the two industries.

Among the earliest were Film and Sprockets Society members Bernard Gordon, Abraham Polonsky and Julian Zimet who went on to become acclaimed filmmakers in Hollywood.

City College President Vincent Boudreau hailed the school’s Year of Film declaration. “We're delighted to commemorate CCNY's sometimes forgotten legacy in film. Founded in the spirit of anti-fascist activism during World War II, the study and production of film at CCNY has consistently allowed CCNY students to frame visions of the world that are imbued with a critical social conscience,” he said. “We hope that anyone interested in the history of New York film will join us for this extraordinary review of CCNY’s role in it.”

In another coup for film at CCNY, Zach Borst, MFA ’10, wrote, directed and edited the contest-winning commercial, “Happy Grad” that aired at Super Bowl XLVI.

CCNY’s film program is housed in the Division of Humanities and the Arts’ Department of Media and Communication Arts.