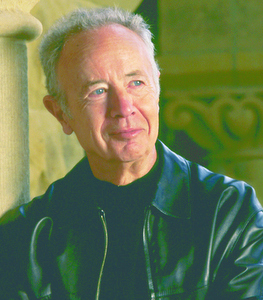 Dr. Andrew S. Grove, a distinguished member of The City College of New York’s Class of 1960 whose $26 million gift to the institution in 2005 is the largest in CCNY’s history, died in Los Altos, Calif., on Monday. He was 79.

“Dr. Grove was an outstanding and loyal son of CCNY who changed the world through his innovation and leadership at Intel Corp,” said City College President Lisa S. Coico. “He gave generously, too, and our Grove School of Engineering named in his honor stands as a world class testament to this great pioneer.”

Dr. Gilda Barabino, Dean and Berg Professor at the Grove School, said Grove’s spirit would live on in the School through the culture of innovation, access and resilience that he inspired.

Renamed in his honor by the CUNY Board of Trustees in appreciation of his unprecedented gift to CCNY in 2005, the Grove School is the only public school of engineering in New York City.

Grove, who earned a bachelor of chemical engineering degree from CCNY and received his PhD from the University of California at Berkeley, was a founder and former chairman of Intel Corp.  One of the world’s leading producers of semiconductor chips, the company developed the first microprocessor and helped enable the personal computer and the Internet revolution.

Grove spent 26 years at Intel’s helm as president, chief executive officer and chairman before stepping down in 2005.

That fall, Grove announced his $26 million contribution to CCNY and said: “The City College of New York represents the bookends to my professional life – from the cold January day in 1957 when I found my way to the admissions office to the chance encounter, a few weeks ago, with (David Bauer) the winner of the Intel Science Talent Search on the day he was starting at City. This institution is a veritable American-dream machine.  I hope to help keep it that way.”

His largesse has since helped develop the Grove School into a world class program that has attracted gifted faculty and students. The donation has also supported new interdisciplinary programs such as the Master’s in Translational Medicine.

Born in Hungary, Grove fled the Soviet invasion of 1956. He spoke little English when he enrolled at City College in 1957 but would graduate with honors.