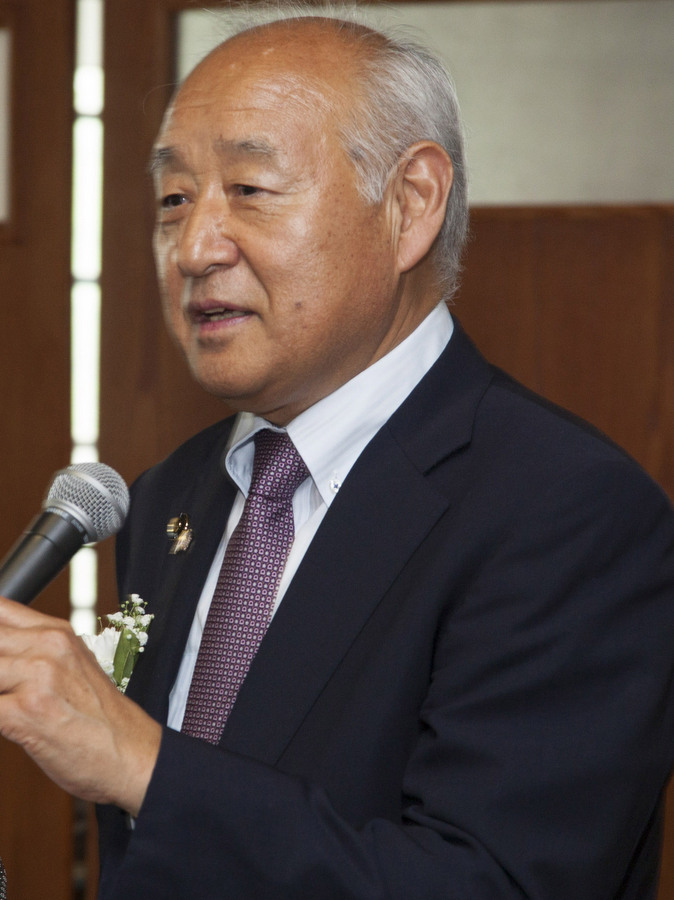 Shimoda Mayor Yusuke Fukui leads a civic delegation from the Japanese city to CCNY to pay homage to its founder Townsend Harris.

More than 170 years after he founded The City College of New York and went on to forge U.S.-Japan relations, the lure of Townsend Harris continues in the Far East. On Monday, July 15, Mayor Yusuke Fukui leads a civic delegation from the city of Shimoda to CCNY to pay homage to Harris. The annual Japanese visits began in 1986.

“This year marks 163 years since Harris arrived in Shimoda on August 21, 1856 to open the first American consulate,” said City College archivist Sydney Van Nort. “As first consul general there, he negotiated the treaty that is credited for opening the Japanese Empire to foreign trade and culture. Owing to his goodwill, openness and honesty, Harris quickly gained the respect and affection of the Japanese people, and is revered there to this day.”

Mayor Fukui and his delegation will attend a lecture by Van Nort on the life and career of Harris, a prominent New York merchant who founded CCNY as The Free Academy in 1847. They will view documents from the Townsend Harris Papers Collection in CCNY’s Morris Raphael Cohen Library.

For more information on the Shimoda delegation’s visit to the City College, please call the CCNY Archives at (212) 650-7609.