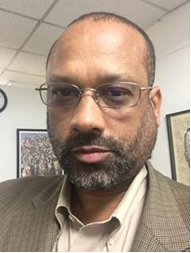 Norval Soleyn taught social studies at Morris High School in The Bronx and at Frederick Douglass Academy in Harlem for 12 years and spent 3 years as the Upward Bound Program Counselor at Fordham University. He also taught social science at the College of New Rochelle for five years, and he taught public speaking at BMCC for 15 years. He was the director of College Now at CCNY from 2005 to 2016. Since the fall of 2016, he has directed the Urban Mentoring and Achievement Network, or UMAAN (formerly known as RAP-SI), a CUNY Black Male Initiative. He has a B.A. in History from City College and an M.A. in Liberal Studies from Fordham University. He is a student in the Study of the Americas masters program at the Center for Worker Education.