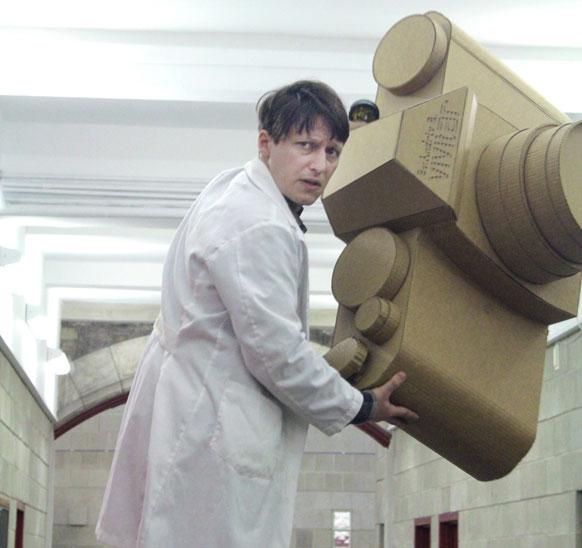 Patterson Beckwith is an artist whose work involves the making of photographs, sculptures, videos and performances. He holds a BFA from The Cooper Union and an MFA from the University of California, Los Angeles. Beckwith was a member of the collaborative group Art Club 2000, which was founded in 1992. The group mounted seven yearly exhibits at American Fine Arts, Co from 1993-1999 and had a retrospective exhibition at Museo Carillo Gil, Mexico City, in 2000, and an exhibition in 2008 in London at Wolfgang Tillman’s “Between Bridges” gallery. His editorial photography has appeared in Artforum, Purple, Index, Paper, and Vice magazine. Beckwith’s solo exhibitions include American Fine Arts, Co NYC (2002 and 2004;) Daniel Hug Gallery, 2006 and Mesler + Hug Los Angeles, 2009. His photo essay, “Bananas For Moholy-Nagy”, is the subject of a monograph of the same title published in 2010 by The Los Angeles County Museum of Art. Beckwith's work has appeared recently at the Tate Modern in London, the Institute for Contemporary Art, Philadelphia, and the New Museum for Contemporary art in New York.