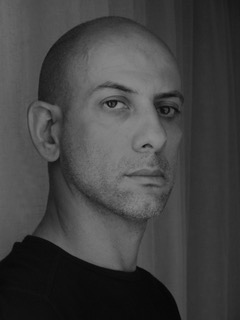 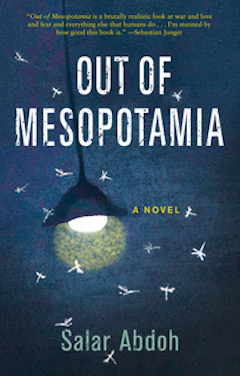 NOVEMBER 1, 2022 – The CCNY MFA in Creative Writing will be hosting the final event in their “Spotlight: Writers on Iran” series with a reading and conversation with novelist and professor of fiction in the MFA Salar Abdoh, moderated by Pulitzer Prize-winning journalist Chris Hedges.

The event will take place on Tuesday, November 1 from 6:30 to 7:30pm in CCNY’s Shepard Hall, room 350. Register via Eventbrite here.

Informed by Abdoh’s firsthand experience on the battlefronts of Iraq and Syria, Abdoh’s novel concerns Saleh, a middle-aged Iranian journalist who moonlights as a writer for one of Iran's most popular TV shows but cannot keep himself away from the front lines in neighboring Iraq and Syria. There, the fight against the Islamic State is a proxy war, an existential battle, a declaration of faith, and, for some, a passing weekend affair.

After weeks spent dodging RPGs, witnessing acts of savagery and stupidity, Saleh returns to civilian life in Tehran but finds it to be an unbearably dislocating experience. A New York Times Editor's Choice selection and Best Book of the Year by Publishers Weekly, Out of Mesopotamia captures the horror, confusion, and absurdity of combat from a seldom-glimpsed perspective that expands our understanding of the war novel.

Abdoh’s novels and essays are translated widely around the world; he has authored the books The Poet Game, Opium and Tehran at Twilight, as well as edited and translated Tehran Noir. His forthcoming book, When a Woman Burns Herself, is due in September 2023.

Chris Hedges is a cultural critic and author who was a foreign correspondent for nearly two decades for The New York Times, The Dallas Morning News, The Christian Science Monitor and National Public Radio. He reported from Latin American, the Middle East, Africa and the Balkans. He was a member of the team that won the 2002 Pulitzer Prize for Explanatory Reporting for The New York Times coverage of global terrorism, and he received the 2002 Amnesty International Global Award for Human Rights Journalism.

“Spotlight” is an ongoing series presented by the MFA in Creative Writing which engages public figures in the most pressing conversations of our time, through the lens of literature and the arts. The current “Spotlight: Writers on Iran” series has featured award-winning novelists and academics Mikhal Dekel, Dalia Sofer and Amir Ahmadi, all of whose most recent works will be available for purchase at this event.