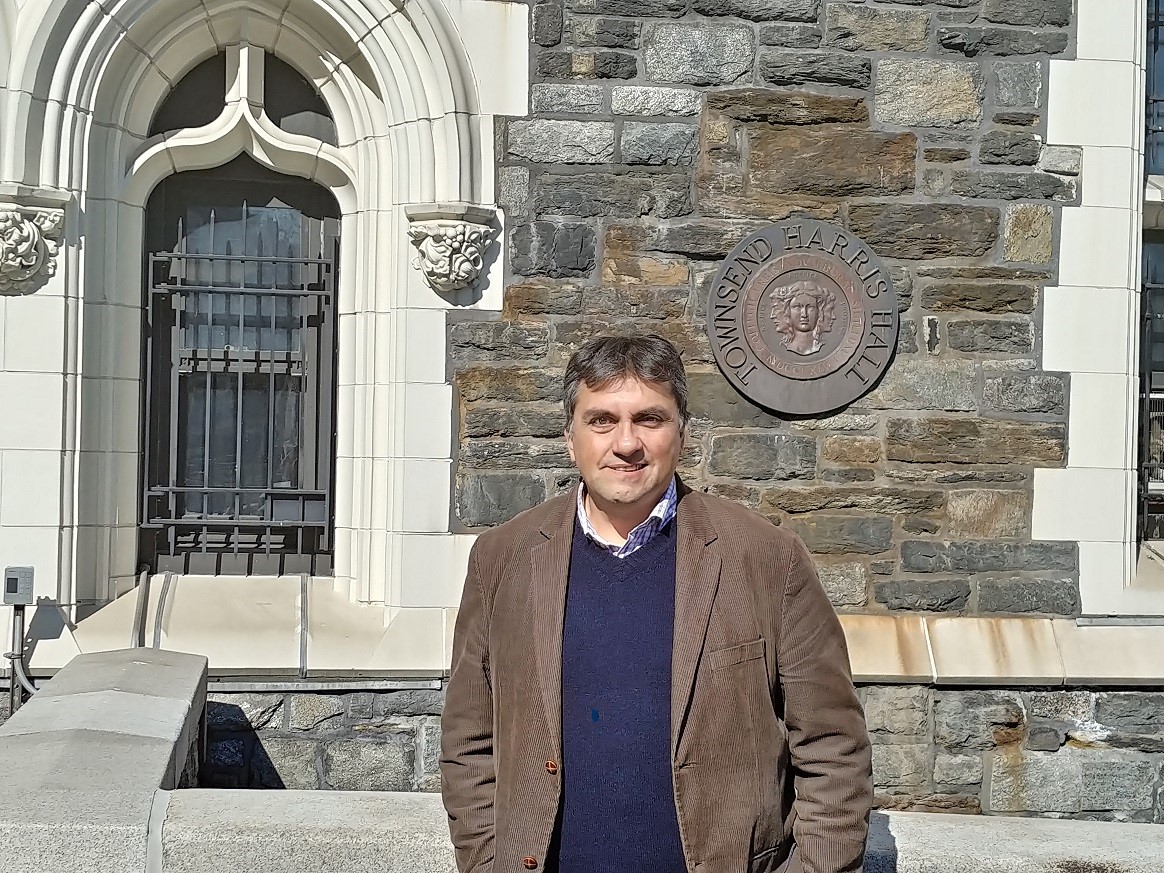 Dr. Gonzalo Torres
Chair for Department of Molecular Cellular & Biomedical Sciences
A native of Chile, Torres graduated with a MS in Biochemistry from the Catholic University of Valparaiso, Chile and earned a PhD in Pharmacology and Physiology from Saint Louis University School of Medicine.Torres’ research uses a multidisciplinary approach and in vitro and in vivo models to examine the role of protein interactions in the control of dopamine homeostasis and in dopamine-related diseases including drug addiction and Parkinson’s disease.  For over 15 years, he has been funded by NIH, NSF, NARSAD, and private foundations, and publishes in high impact journals including Neuron, Nature Review Neuroscience, PNAS, The Journal of Neuroscience, The Journal of Biological Chemistry, Molecular Pharmacology, Molecular Psychiatry, and Translational Psychiatry.

Torres received the Presidential Early Career Award under President Obama, as well as several other honors, including the International Society for Neurochemistry Young Scientist Lecture Award, the NARSAD Young Investigator Award, the ASPET-ASTELLAS Award for Translational Pharmacology, and named an Emerging Scholar by the Diverse Issues in Higher Education Magazine.

Torres is committed to improving underrepresented minority recruitment and retention in biological sciences.  He has held several leadership roles at the national level including serving as a member and chair of the diversity committee for both the Society for Neuroscience and the American Society for Pharmacology and Experimental Therapeutics.  He serves as director of the Mentoring Institute for Neuroscience Diversity Scholars (MINDS), funded by NIH, which promotes the advancement of promising, underrepresented junior faculty members in neurosciences.  “The CUNY School of Medicine is one of the most diverse medical schools in the country,” says Torres, “I wanted to come here to help grow the diversity of its researchers and faculty.”  Torres continues, “This is an exciting time to be here at the CUNY School of Medicine.  Being a new medical school, there exists many opportunities for collaborative research, teaching and mentoring initiatives.”