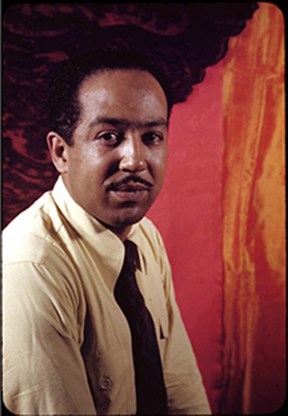 Hold fast to dreams. For if dreams die, life is a broken-winged bird that cannot fly.

The Langston Hughes Medal is awarded to highly distinguished writers from throughout the African American diaspora for their impressive works of poetry, fiction, drama, autobiography and critical essays that help to celebrate the memory and tradition of Langston Hughes. Each year, the LHF’s Advisory Committee reviews the work of major black writers from Africa to America whose work is accessed as likely having a lasting impact on world literature. Past award winners include James Baldwin, Gwendolyn Brooks, Toni Morrison, August Wilson, Wole Soyinka, Derek Walcott, Octavia Butler, and Edwidge Danticat. Writers selected for this award receive the Langton Hughes Medal, an honorarium and an invitation to attend the Langston Hughes Festival Award Ceremony in the Marian Anderson Theatre at Aaron Davis Hall at The City College of New York in Harlem.

James Mercer Langston Hughes (1902-1967) rose to become a major American poet and central figure of the Harlem Renaissance.  He lived in and traveled to many places including Africa, Mexico, France and Asia.  Upon the publication of his first volume of poetry, The Weary Blues (1926), Hughes inaugurated a tradition of poetry inflected with the Afrocentric rhythms and tonalities of blues and jazz, and remained dedicated to the depiction of urban African American folk life. Hughes also wrote plays, a novel, two autobiographies and newspaper columns.  Known as a pioneer of blues and jazz poetry, Hughes modeled himself as a poet as activist and is celebrated as such around the world.

The Langston Hughes Festival is made possible through the support of The Division of Humanities and Arts and the Simon Rifkind Center for the Humanities.