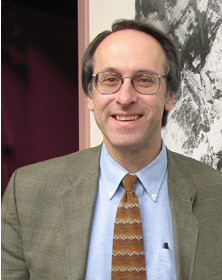 Charles J. Vörösmarty is a professor of civil engineering, a Distinguished Scientist with NOAA-Cooperative Remote Sensing Science and Technology Center and director of The City University of New York’s Environmental Crossroads Initiative at The City College of New York. His research focuses on the development of computer models and geospatial data sets used in synthesis studies of the interactions among the water cycle, climate, biogeochemistry and anthropogenic activities. His studies are built around local, regional and continental to global-scale modeling of water balance, discharge, constituent fluxes in river systems and the analysis of the impacts of large-scale water engineering on the terrestrial water cycle.

Before he came to The City College of New York, he was a research full professor at the Institute for the Study of Earth, Oceans and Space at the University of New Hampshire, where he was founder and director of its Water Systems Analysis Group (http://www.wsag.unh.edu).

Dr. Vörösmarty is a founding member of the Global Water System Project that represents the input of more than 200 international scientists under the International Council for Science’s Global Environmental Change Programs. He is spearheading efforts to develop global-scale indicators of water stress, to develop and apply databases of reservoir construction worldwide and to analyze coastal zone risks associated with water diversion. He recently won one of two national awards through the National Science Foundation to execute studies on hydrologic synthesis.