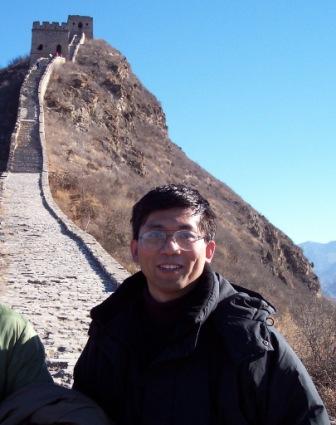 Professor Hu specializes in the history of modern science and technology (both in the West and in China) and modern Chinese history.  His recent works focus primarily on the scientific development in twentieth-century China and he examines Chinese developments through careful case studies of selected scientific disciplines, institutions, and individuals with detailed treatment of both scientific contents and relevant sociopolitical contexts.  His first monograph, China and Albert Einstein (Harvard, 2005), is the first extensive study, in either English or Chinese, of China's reception of the celebrated physicist and his theory of relativity.  This book has been praised in 2016 by the Book Editor at Physics Today as one of the “Five essential history of physics books.”  An expanded Chinese edition of this book was selected as one of the ten best books published in China in 2006.

Professor Hu has guest-edited a special issue of the journal Endeavour 41(3), 2017, which is entitled “Science, Technology, and Medicine in China’s Cultural Revolution.”

Professor Hu is currently working on two book projects.  The first, titled Physics and Politics in Republican China: the Wartime Adventure of William Band, an English physicist at Christian Yenching University (contracted with Springer, forthcoming in 2019), concerns Chinese scientific developments during the Republican period, covering not only Japanese occupied Peking and the Nationalist governed Chongqing and Chengdu, but also the Communist controlled guerrilla base areas in north China.  The second will explore the growth of the Chinese physics community during the 20th century.

Professor Hu's research concentrates on Chinese developments in science, especially physics, during the 20th century.  He examines the lives of Chinese scientists and the spectacular socioeconomic, cultural, and political changes that transformed their opportunities and institutions, responsibilities and attitudes, and status and expectations. He also explores how these brilliant men and women changed China through their introduction of revolutionary theories, devotion to scientific education and research, contributions to national industrialization and defense, dedicated service in the Chinese nuclear program, support for economic reforms, and promotion of democracy and human rights.