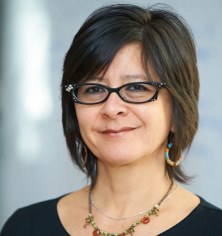 Dr. Hien is a professor of Clinical Psychology at City College and maintains an appointment as a senior research scientist in the Department of Psychiatry at Columbia University College of Physicians and Surgeons. She is also the founding executive director of the Women’s Health Project in the Department of Psychiatry at St. Luke’s\Roosevelt Hospital Center (http://www.whpnyc.org/index.htm), a specialty treatment program for women with trauma and addictions which serves as a training center for pre and post-doctoral psychology, social work and psychiatry fellows. Over the past 16 years with funding from the National Institute on Drug Abuse, Office of Research on Women’s Health, and National Institute on Alcoholism and Alcohol Abuse, she and her team have conducted research that has helped to characterize the psychosocial and diagnostic correlates of interpersonal violence among inner-city minority women and their families. She has also contributed to science on the treatment of trauma-related disorders with substance comorbidities, conducting single and multi-site clinical trials across the United States in community based substance abuse treatment settings.

Currently Dr. Hien is funded by NIAAA on an R01 grant (2005-2010) studying combined pharmacological and behavioral treatment for women with alcohol dependence and PTSD. Additionally, she is the Co-PI of NIDA’s Clinical Trials Network (CTN; http://www.nida.nih.gov/CTN/Index.htm) grant to Columbia University (PI: Edward V. Nunes). Her involvement with the CTN includes being the lead investigator on the largest randomized trial of two behavioral group interventions for women with PTSD in community drug treatment programs across the United States (2002-2007). She has also sponsored and mentored numerous pre- and post-doctoral minority researchers in their long-term health disparities career development. Dr. Hien has authored, co-authored and presented extensively in scientific journals, and at national and international conferences. She is considered a leader in the field of women’s trauma and addiction treatment. Dr. Hien and her research team are currently completing a book for the American Psychological Association Press that will be published in December 2008 and offers practical support to community treatment providers and programs who want to integrate trauma services for women in substance abuse treatment. She has been a member of NIDA’s Asian Pacific Islanders Scholars Workgroup since 1999.