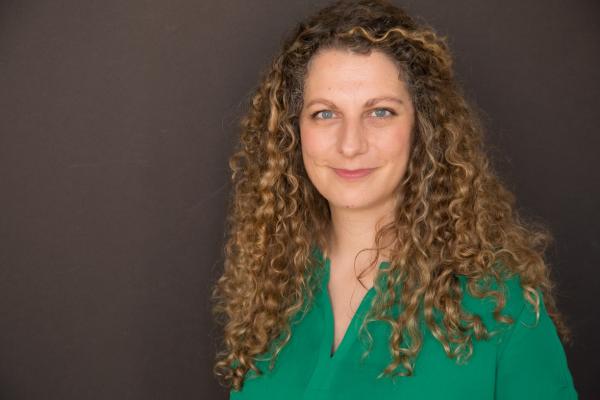 Elise Crull received a B.Sc (Honors) in Physics & Astronomy from Calvin University, and holds an M.A. in Philosophy and Ph.D in History and Philosophy of Science from the University of Notre Dame. Before coming to City College, Dr. Crull held post-doctoral fellowships at the University of Aberdeen and at the Hebrew University of Jerusalem, conducting research into the historical and philosophical foundations of quantum mechanics.

In addition to history and philosophy of science, Crull frequently ponders (sometimes aloud in front of audiences) philosophical problems associated with quantum theory: the quantum-to-classical transition, quantizing gravity, understanding quantum causal models, the metaphysical nature of entanglement (including temporal entanglement!) and, as of late, interpreting the alternate quantum formalisms used in quantum computing.  She also has the occasional thought about quantum cosmology.

While these questions keep Prof. Crull in conversation with physicists, she also loves a good metaphysics chin-wag. Topics of special interest there include ontology, meta-ontology, and mereology.

Since her research interests are fundamentally interdisciplinary, Crull often finds herself engaging with related "meta" issues, such as the ethics of emergent techno-science, science in the public sphere/ in education, and the nature of the science-theology-philosophy triad.

For an up-to-date CV, see Crull's academia.edu website (link above).  There you can also access preprints of most of her publications.  In the meantime:

The Einstein Paradox: The Debate on Nonlocality and Incompleteness in 1935 (Cambridge University Press, in production)

"Realism with Quantum Faces: The Leggett-Garg inequalities as a case study for Feyerabend's views", in International Studies in the Philosophy of Science (winter 2022)

"The Philosophical Significance of Decoherence", in Oxford Research Encyclopedia of Physics (June 2022).

"Jordan's Derivation of Blackbody Fluctuations" (with G. Bacciagaluppi & O. Maroney), in Studies in the History and Philosophy of Modern Physics (2017)

"Less Interpretation and More Decoherence in Quantum Gravity and Inflationary Cosmology, in Foundations of Physics (2015)

"Heisenberg (and Schrödinger, and Pauli) on Hidden Variables (with G. Bacciagaluppi), in Studies in the History and Philosophy of Modern Physics (2009)

Talk for the Paris Institute of Astrophysics, "The Philosophical Significance of Decoherence in the Context of Cosmology" (June 2022).

Talk for Yale's Franke Program in Science and the Humanities, "No Cause for Concern: Indefinite Causal Ordering as a Tool for Understanding Entanglement"  (July 2021).

Interview for The Circle: Philosophy, Science, and History, on what it's like to be a philosopher of science (August 2021).

Talk for World Philosophy Day at CCNY, "Metaphysics and the Multiverse" (Nov 2019).

Song performed in honor of Prof. Alvin Plantinga on the occasion of his retirement from the University of Notre Dame: "Hotel Possibilia" (loooong ago).