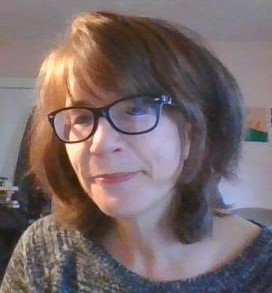 My work explores forces that disturb or challenge early modern cultural norms and traditions—the rival voices of women, the pressure private spaces put on public structures, the ways that Catholic symbols continue to shape meaning and organize desire in the sixteenth century imagination. This study is interdisciplinary, and I frequently draw on research into geography, political science, queer theory, feminist theory, sociology, and anthropology as a way to grasp how early modern writers mapped their world and arranged its claims. Increasingly this work includes looking at medieval texts, too; and sometimes my research brings me over to the New World in an effort to see how ideas about early modern authority and community, God and female agency helped to map the Americas.

I write about Shakespeare and Spenser and Sidney, as well as about early women writers with whom we are less familiar—figures like Margaret Cavendish, Isabella Whitney, Mary Wroth, and Martha Moulsworth. I am also interested in the rise of literacy and its changing meanings; the education of young women, including Pocahontas; the rules of belonging and exclusion articulated on the early modern stage; and how different writing technologies come together or collide in early modern texts. One current project focuses on Shakespeare’s Macbeth and its explorations of early modern ideas about belonging and intimacy, about where life begins and ends, about how communities come together and fall apart. Another project titled "Shakespeare, Ballads, and Words on the Street" considers the evidence English ballads supply about women and street culture, orality, and contagion.

My publications include five books, Women and Mobility on Shakespeare’s Stage (Routledge, 2017); Learning and Literacy in Female Hands (Ashgate, 2013); Women’s Wealth and Women’s Writing in Early Modern England (Ashgate, 2009); Favorite Sons: The Politics and Poetics of the Sidney Family (Palgrave, 2003); The Pathology of the English Renaissance (Brill, 1998); as well as book chapters and essays in journals like Genre,The Huntington Library Quarterly, Criticism, Shakespeare Survey, Early Modern Women, and Exemplaria. Awards include a Folger Shakespeare Library Fellowship, a fellowship at the UCLA Center for Medieval and Renaissance Studies, The Isabel MacCaffrey Medal (awarded by The Spenser Society for the Best Essay of the Year on Edmund Spenser), and a City College Outstanding Mentoring Award.

Mothers and Monsters in Medieval Literature

Early Women Writers in England from the 8th – 17th Century