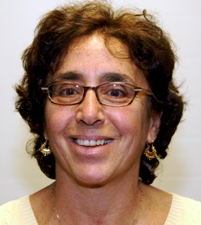 She has twice been the President of the CUNY-wide CUNY Council on Foreign Language Study which gave her an award for Advocacy and Leadership for contributions to the foreign langauge field at CUNY in spring 2009. currently she is the President of the San Miguel de Allende, Mexico PEN Writers' chapter. She is a member of the PSC City College Chapter Executive Committee and is the department representative to the Faculty Council. She is the Faculty Advisor for the student club SER (Students for Educational Rights).

Prof. Starčević is the author of Carmen de Burgos, defensora de la mujer (1976), and has published several articles on Spanish and Latin American women writers. She also coauthored two editions of El español y su sintaxis (2001) and El español y su estructura (2002). Her article “The CUNY Council on Foreign Language Study: In Unity There is Strength” appeared in the Bulletin of the Association of Departments of Foreign Languages (ADFL) in 2006.