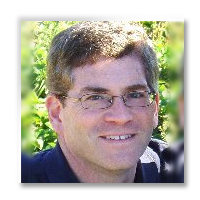 George Wolberg is a Professor of Computer Science at the City College of New York / CUNY. He received the B.S. and M.S. degrees in Electrical Engineering from Cooper Union in 1985, and the Ph.D. degree in Computer Science from Columbia University in 1990. He has published over 70 research papers in image processing, computer graphics, and computer vision, and holds five U.S. patents. He is the author of "Digital Image Warping" (IEEE Computer Society Press, 1990), the first comprehensive monograph on warping and morphing. Prof. Wolberg has been awarded research grants from NSF, NASA, ONR, AFOSR, and DOE. He is also the recipient of the NSF Presidential Young Investigator Award (1991), the CCNY Outstanding Teaching Award (1997), and the NYC Mayor's Award for Excellence in Science and Technology (2000). He is a Senior Member of the IEEE, and a member of ACM SIGGRAPH. His research interests include image processing, computer graphics, and computer vision. Website