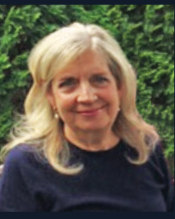 Marlene Clark is an Associate Professor of English in the Division of Interdisciplinary Studies at the City College Center for Worker Education. She teaches graduate and undergraduate courses combining literature, philosophy, art, film, and history.

Her book, The Woman in Me: Willem de Kooning, Woman I-VI, was recently published by Academica Press.

Clark has edited a volume for Blackwell's Philosophy for Everyone Series, entitled Dating: Flirting with Big Ideas, and contributed to a number of books dedicated to philosophy and popular culture.

She is also the Editor of Juxtapositions: Ideas for College Writers, now in its third edition. She directs the writing program at CWE and frequently teaches in the Writing for Interdisciplinary Studies program at the Center.

She is presently working on a book project entitled, Literary Landscapes of Brooklyn.

Her research interests include composition studies; philosophical and psychoanalytic approaches to literature and art; urban studies, particularly as it pertains to gentrification and Brooklyn; and the application of philosophy to various topics in popular culture.

The Woman in Me: Willem de Kooning, Woman I-VI, was recently published by Academica Press (2020). The book argues that these controversial paintings portray exactly what Willem de Kooning himself said they did: a humorous and philosophical exploration of the "nature" of biologocal sex.

The research for the book prompted work on two essays. One argues that an overlooked source, Philip Wylie's A Generation of Vipers had an outsized influence on the reaction to and criticism of de Kooning's Women when they were first shown in the early 1950s. A second essay investigates the connections between the early Stuart "corn riots"; an early modern sartorial commodity, the ruff; and Barbara Friedman's recent series of ruff paintings.

A second book project, Literary landscapes of Brooklyn is also nearing completion. This book examines "place and space" in Brooklyn, as depicted in a number of novels of the 20th century and as represented today, many drastucally changed as a consequence of Brooklyn's rapid--and perhaps, at times unchecked--gentrification.

Finally, a new book project connects the dots between the Cold War and a traumatic family event: In March of 1966, an Air Force jet crashed onto my family home. My courageous and resouceful mother barely escaped with her two year-old daughter enclosed in one arm and the family cat in the other. How the tiny pieces of what was left of that jet came to be embedded in the rubble of our house--and what my mother called "the aftermath"--tell a Cold War story few will recognize. 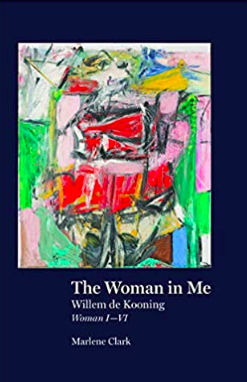 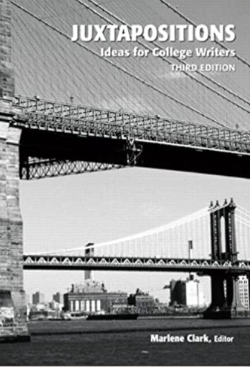 Dating: Philosophy for Everyone (Hoboken, NJ: Wiley-Blackwell, 2010), with Kristie Miller. 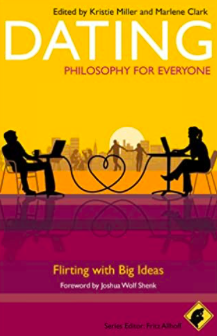 "On WikiLeaks and Bullshit." In Wikileaking: The Ethics of Secrecy and Exposure, Christian Cotton and Robert Arp, eds. (Chicago: Open Court Publishing Company, 2019)

"'This house belong to me, now': The 'Slumming' and 'Gentrification' of Bedford Stuyvesant, Brooklyn as Experienced and Foretold by Paule Marshall's Brown Girl, Brownstones," Anthurium: A Caribbean Studies Journal  (Spring 2017) https://scholarlyrepository.miami.edu/anthurium/vol14/iss1/4/

“Why Less May Be More: Dating and the City.” In Dating: Philosophy for Everyone (Oxford: Blackwell, 2010)

“Introduction,” in Dating: Philosophy for Everyone (Oxford: Blackwell, 2010), with Krsitie Miller, 2010

"Formalism and the Aesthetic in the Composition Classroom.” Inquirer 2002

“’Se in what stat thou dost indwell’: The Shifting Constructions of Power and Gender Relations in Wisdom.” In Essays in Honor of Martin Stevens (Boydell and Brewer, 1998)