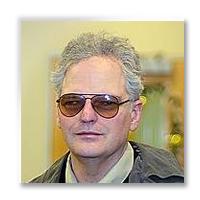 Dr. Anshel has instructed at the City College of New York (CUNY) since 1968. He has been a member of the Doctoral Faculty since 1973, teaching in the Engineering, Computer Science and Mathematics programs.He has mentored over thirty doctoral dissertations and is currently mentoring several doctoral students. Prior to accepting his position at CUNY, Dr. Anshel served at the Polytechnic Institute of New York 1966-67 and the University of Arizona 1967-68. He has also lectured at the Mt. Sinai School of Medicine 1975-1980. Dr. Anshel received his BA,MS and PhD respectively from Adelphi University in 1963,1965,1967 and assisted from time to time in the National Science Foundation Summer Institute for High School Teachers at Adelphi University, 1963-1969. Over the course of his career, Dr. Anshel has received numerous fellowships and honors, including the CUNY Faculty Fellowship Award 1985, a NASA-ASEE Faculty Fellowship 1982,1983, a National Science Foundation Fellowship 1963-1966. He has consulted with several corporations including AT&T Bell Laboratories 1986-1987, Delphic Associates 1983, Mathematica 1968, and Lambda Corp 1968 where he worked with the late Hugh Everett III a pioneer in both quantum theory,game theory and discrete optimization. Dr. Michael Anshel is one of the founders of Arithmetica and a member of its Board of Directors. Dr. Anshel is co-inventor for three patents in cryptography and has published numerous articles in Mathematics and Cryptography.Dr. Anshel is a member of the AMS,MAA,ACM,IEEE,IACR. He received a Bachelor of Arts degree magna cum laude, Master of Science degree and a Ph.D. in Mathematics from Adelphi University in Garden City, New York. Website