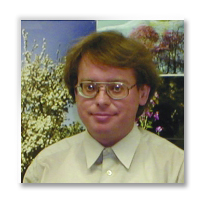 I studied mathematics in Braunschweig, Germany, 1986-1990, got my PhD there in 1992, held an assistantship inGreifswald . I joined the theoretical computer science group at the Free University Berlin in 1997, became Heisenberg Research Fellow of the German National Science Foundation (DFG) in 1998, and joined the City College of New York as an associate professor in 2002. Website

My research career started in mathematics, with geometry and combinatorics; since then I have studied problems from very diverse topics, including things like quantum logics and digital halftoning. I am now interested in topics that touch algorithms and geometry, like computational geometry, sensor networks, and robotics