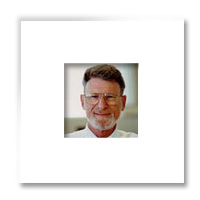 Environmental regulations have forced New York City to cease its long standing practice of disposing of municipal sewage sludge by ocean dumping. Land disposal is now required, and this waste is now transported as far as Texas, Arizona, or Colorado, at high cost. A process is under development to reduce these costs. Sludge under pressure is heated rapidly by steam injection to about 220?C and quenched after 10 to 30 seconds. The resulting solubilization of organic matter substantially increases methane yield in subsequent anaerobic digestion. This reduces the amount of sludge requiring land disposal. Equally important, in terms of cost savings, is the improvement in sludge dewaterability resulting from the process. New York City now prepares its sludge for transport by centrifugation. To meet specifications, polymer coagulant must be added. After processing, however, characteristics of the sludge are improved to the point that coagulant is not needed, eliminating this costly and polluting material. Cost estimates for the introduction of the process into existing plants show a substantial advantage in comparison to present plant operation.

New York Harbor requires constant dredging to keep the channels open for shipping. The harbor bottom is contaminated with hazardous waste including dioxins, PCBs, insecticides, and herbicides. For the past several years, dredging has been suspended because no approved location for the disposal of dredging spoils is available. The objective of this research is the development of new process technology for decontamination of dredged harbor sediments. This development is an application of the newly explored field of aqueous organic chemistry. In the subcritical region, water has the solvent power of acetone and is more highly dissociated than at room temperature. This increases its reactivity for a variety of organic compounds. We now have evidence that dioxins are destroyed by this technique.

Another important environmental problem is the prevention of sulfur emissions from coal burning power stations. In fluid bed boilers, it is common to feed limestone along with the coal to capture sulfur as calcium sulfate. The amount of limestone required is several times stoichiometric. The chemistry of the process is usually modeled as occurring only under oxidizing conditions. However, this can not be the case since the fluid bed is known to contain extensive regions where reducing conditions prevail. The chemistry can not be understood unless it is recognized that a limestone particle continually cycles between oxidizing and reducing atmospheres. Recent observations show conditions under which the degree of particle sulfation depends on which atmosphere the particle first encounters.