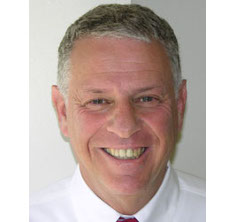 William B. Helmreich is Professor in the Department of Sociology at City College. He also teaches at the CUNY Graduate School and is a member of the Executive Committee and the Faculty Membership Committee of its Program in Sociology. Professor Helmreich’s specialty areas are race and ethnic relations, religion, immigration, risk behavior, the sociology of New York City, urban sociology, consumer behavior and market research. Professor Helmreich is the author of fourteen books, including The Black Crusaders: A Case Study of a Black Militant Organization (Harper & Row); Afro-Americans and Africa (Greenwood Press); The Things they Say Behind your Back: Stereotypes and the Myths Behind Them (Doubleday); Against All Odds: Holocaust Surviviors and the Successful Lives they Made in America (Simon & Schuster); and What Was I Thinking: The Dumb Things We Do and How to Avoid Them (Roman-Littlefield). His latest book, about how New York City has changed in the last 35 years, The New York Nobody Knows: Walking 6,000 Miles in New York City, will be released by Princeton University Press in September 2013. In addition to books and publications in scholarly journals, Professor Helmreich has written for the New York Times, Newsday, the Los Angeles Times and has also been a guest on Oprah Winfrey, The Larry King Show, CBS Morning News, CNN, ABC Nightline, and guest anchor on NBC TV News.