My name is Syed Rizvi. I was born in Karachi, Pakistan and due to harsh and extreme circumstances my family decided to move to United States of America. So, in 2006, I came to New York with little grasp on the English language. With the help of teachers and my new friends in elementary school I quickly picked up on the English. In high school I played many sports and joined clubs which helped me decide on what career path I need to take and what to do about my future. Highschool also gave me the idea of my likes and dislikes in terms of subject. I would be exceptional in math and science but realized that I was not so great in English and History. I also want to make a difference in the world by helping the people in need. When I got accepted into City College of New York (CCNY) I decided to purse a degree in Electrical Engineering but changed to Biomedical Engineering because I want to help cure diseases and help patients without limbs for that I do need to know medical aspect. A big part of becoming an engineer is one needs experience which is why I first decided to federal work study at Student Support Services Program (SSSP). SSSP helps students at CCNY who struggle whether it be in academics or financial troubles. From there they also made me part of their SSSP community. I learned how to manage data and help set up materials for their upcoming events. After five months of working there I decided to work at Dr. John M. Tarbell’s lab, Biomedical Engineering professor at CCNY. There his research assistant, Dr. Limary Cancel taught me various lab techniques to so I know how to perform hands on work and gain some practical experience. Then I applied for summer program at Memorial Sloan Kettering Cancer Center (MSKCC) and got accepted into a nanotechnology program under Dr. Michelle Bradbury’s lab. At Dr. Bradbury’s lab we used nanoparticles for therapeutic and diagnostic purposes for cancer. I am currently working there as of right now and with knowledge I learn and seek here I can use that to hopefully one day solve to diseases. I am pursing a bachelor’s degree in biomedical engineering along with a minor in Chemistry. 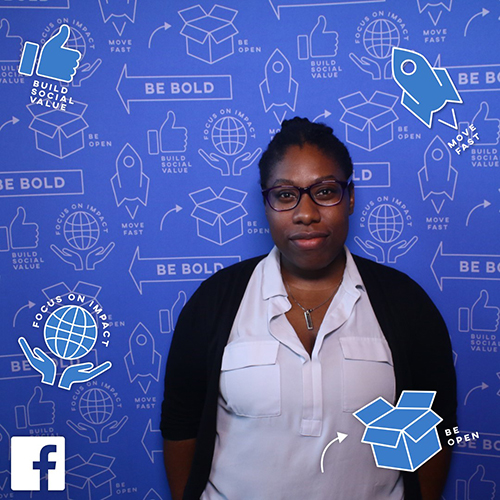 A computer science undergraduate in the Grove School of Engineering, Chantelle is always fired up by curiosity, community, and dissatisfaction with the status quo. This year alone, she interned at Facebook for the Spring semester, NBCUniversal for the summer, started a cybersecurity organization called CitySec at CCNY, and became a research assistant in the Center of Internet Networking and Telecommunications (CINT). At Facebook, she interned on the Operations team where she worked on third party security and access management with her team and security engineering in a six-week bootcamp with Codepath University. Similarly, her internship at NBC was also security-based where she worked on the Identity and Access Management team to help build a roll out plan for a privileged access management solution. These internships set the stage for future cybersecurity career opportunities and options for potential roles she can fill once she graduates. Although the lack of diversity discourages Chantelle from time to time, she realized that ignoring thoughts of being an imposter in the field and stepping out of her comfort zone brought more opportunities than disappointments. Taking on the roles of a chapter founder and president of a few organizations spanning from engineering to cybersecurity, Chantelle has fostered collaboration and inclusion amongst her peers and provided opportunities to increase the visibility of her community’s potential. Her involvement in SSSP, presenting projects she's worked on and mentoring students new to CCNY's campus culture, has built relationships with her peers that align with her passions and urged deeper discussions on the topic of computer science. 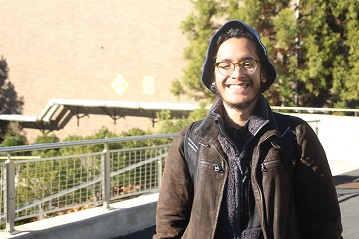 Kevin Gonzalez is a rising senior majoring in biology. In January, he applied and received acceptances to research programs at Rockefeller University, Johns Hopkins University and Harvard Medical School. On the advice of several faculty professors from CCNY's Biology Department, he decided to spend his summer at Harvard and participate in the Summer Honors Undergraduate Research Program (SHURP). There, he works in the lab of Dr. Lisa Goodrich in the Department of Neurobiology. Their lab studies the molecular mechanisms underlying neural circuit assembly in the cochlea and retina to determine how neurons acquire their unique functions and how they connect and synapse to their appropriate targets. Kevin was paired with Dr. Evelyn Aviles, a post-doctoral fellow in the lab, and together they will be studying the roles of various transmembrane proteins on retinal lamination. On campus, Kevin works in the lab of Dr. Mark Emerson, an assistant professor in the Biology Department. Here, he studies the transcriptional events that lead to the birth of particular cell types in the eye. In addition to that project, he also works with Dr. Miruna Ghinia, a post-doctoral fellow in the lab, using CRISPR/Cas9 to study the roles of crucial transcription factors in retinal development. Kevin has presented his research at some of the top conferences in the nation, including the 2017 New England Science Symposium at The Joseph B. Martin Conference Center at Harvard Medical School and the Annual Biomedical Research Conference for Minority Students (ABRCMS). In the future, Kevin hopes to earn a PhD in Neuroscience.

Maryam Hinson is an English literature major with a double minor in psychology and sociology. Originally a biology major on the premed track, Maryam changed her major her sophomore year, when she found her interest in the legal field during an internship at the Kings County District Attorney’s Office. Ever since then, Maryam has been doing internships. She is currently in the CUNY Cultural Corps, https://www.ccny.cuny.edu/news/ccny-students-immerse-new-arts-internship-program working at the Museum of Jewish Heritage. She is also in the Weston Program, https://www.ccny.cuny.edu/psm/undergrad, working in the Dispute Resolution program at John Jay College. Maryam will pursue a career in law. She plans to take off a year after graduation to take the LSAT and apply to law school.

Outstanding Academic Achievement (Awarded to students with a cumulative GPA of 3.5 - 4.00 and 45+ credits)

High Academic Achievement (Awarded to students with a cumulative GPA of 3.20 - 3.49 and 30+ credits)

CCAPP and Division of Science Awards

College of Liberal Arts and Science