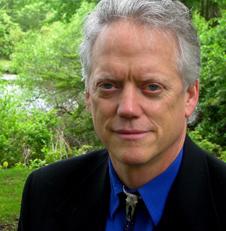 His short narrative, Dance of the Quantum Cats, won international awards and was selected by CINE to represent USA at the 12th International Film Festival of Peace, Hiroshima, JAPAN. It was broadcast on PBS/CPTV in a series on emerging directors. His feature screenplays, BRUISES and DEER WOMAN are currently in pre-production. In documentary he has co-produced with his partner, Catherine Oberg, over thirty segments for broadcast, including multiple segments on American Indian reservations, broadcast on The New Morning Show (the Hallmark Channel). He and his partner also co-produced Eco Action, and the short film Ahalani: Living In Harmony With The Sun.

Over the years, Dalglish has developed a technique of making films without scripts in marginal communities (A Hard Way Out 1992 Hartford gangs, The Community Room 1990 Jericho Homeless Shelter, and The Shooting Gallery 1989 Bridgeport Prison).

He is a Film Commissioner for Suffolk County and President of the Plaza Cinema and Media Arts Center in Patchogue (www.plazamac.org) that houses the George Stony School of Documentary Filmmaking. He is currently in post production on two features, STATELESS a film without a script shot in NYC, and SPIRIT ROADS shot in Indian territories of Oklahoma.

Dalglish is a graduate of the Yale School of Drama.