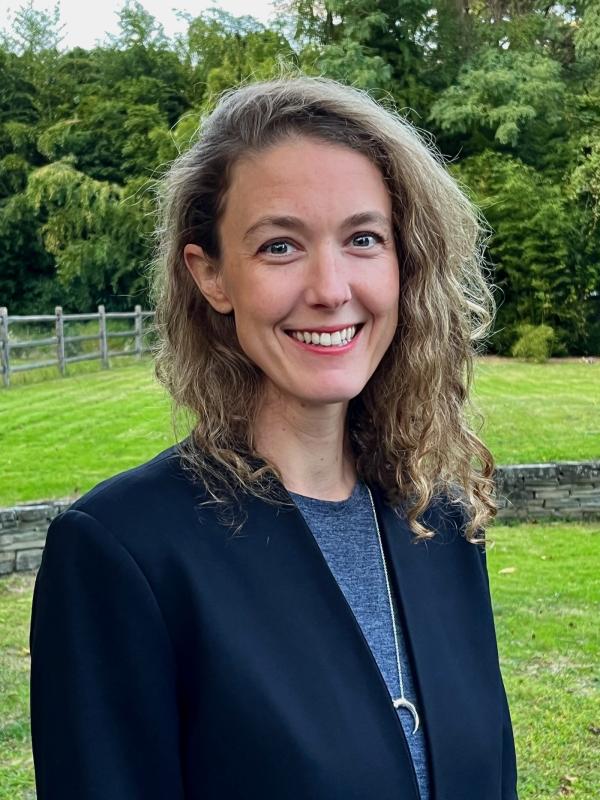 Diana B. Greenwald's research focuses on the politics of the Middle East, nationalism, conflict, and state-building. She obtained her Ph.D. in political science from the University of Michigan in 2017. From 2017-8, she was Postdoctoral Research Fellow at the Middle East Initiative at the Harvard Kennedy School. Her current book manuscript examines Palestinian local politics under Israeli occupation. This project draws on elite interviews and local data on policing and taxation collected in the West Bank between 2014 to 2019.

Greenwald's research has been published in PS: Political Science & Politics and her writing has appeared in The National Interest, The Washington Post's Monkey Cage, +972 Magazine, and Foreign Policy. Her work has been supported by RFCUNY, the United States Institute of Peace, the Rackham Graduate School at the University of Michigan, and the Project on Middle East Political Science.

This course will introduce you to core frameworks in political science for understanding critical issues that face states and their societies as they engage in global politics. These include subjects such as war and peace, trade and immigration, climate change, and human rights. Our conceptual approach will draw largely from a “rational choice” framework. This means we will focus on actors, their interests, and the institutions that structure their behavior. However, we will also engage with some criticisms of this approach over the course of the semester. By the end of this course, you will have a robust theoretical and conceptual toolbox for understanding and addressing contemporary challenges in world politics.

In this course, we will examine the modern political history of the Middle East and North Africa (MENA). No pre-existing knowledge of the region is required. We will engage with themes such as: colonialism, decolonization, and nationalism; the role of natural resources in the region’s development; the role of Islam in politics; the Israeli-Palestinian conflict; and the region’s popular uprisings from 2011 until the present. In addition, we will learn how to pose, and answer, our own research questions using the tools of social science.

In this class, we will study how political institutions and behavior affect economic outcomes, and, conversely, how economic factors can shape politics. To understand development – or how societies achieve economic prosperity and well-being – we will often compare across countries. However, we will also see how a comparative approach can allow us to explain differences across regions, across segments of the population, or within the same country over time. We will examine existing theories and findings in social science research regarding: the drivers of poverty and inequality; the legacies of colonialism; the role of foreign aid and natural resources in development; the relationship between democracy and development; and the causes and effects of civil conflict, among other things. This course will introduce various methods of causal inference and analysis, including both qualitative and quantitative approaches.

What is ethnicity, and when and how does ethnic identity matter for the practice of politics? When do differences between groups promote cooperation, and when do they instead generate conflict? What makes a nation, what is its relationship to the state, and what are the causes and consequences of nationalism in global politics? This course will draw on conceptual frameworks and empirical research in political science to understand ethnic politics, nationalism, and conflict around the world. Students will become acquainted with both qualitative and quantitative research methods and will learn how to formulate and assess causal claims. In a final research project, students will apply concepts and methods from the course to a topic of their choosing.

In this class, we will study how politics affects the global economy, and, conversely, how economic factors shape global politics. We will use the tools of social science to understand the causes of global poverty and inequality; the relationship between democracy and economic development; and the politics of international trade, immigration, and the global environment, among other topics. This course will also introduce students to some basic quantitative and qualitative research techniques.

Greenwald, Diana B. and Mark Tessler. Forthcoming. "After the Uprising: The Intifada-Oslo Generation and Attitudes toward the Palestinian Police Force." Middle East Law and Governance.

Greenwald, Diana B. "Before Deciding Who Rules Jerusalem, Decide What Jerusalem Is." The National Interest. 6 Dec. 2017. Available: http://nationalinterest.org/feature/before-deciding-who-rules-jerusalem-decide-what-jerusalem-23523.