Center for Discovery and Innovation 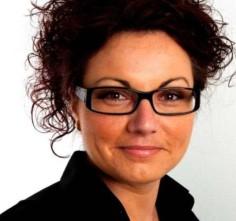 Dr. Eisele was born and educated in Germany and grew up in Berlin. She studied physics at the Technical University of Berlin, Germany, and finished an external Diploma Thesis (comparable with a US Master Thesis) from the Physikalisch Technische Bundesanstalt (German Institute of Standards), Germany, at the Berlin Electron Storage Ring Society for Synchrotron Radiation II (known as BESSY II), in collaboration with the Lawrence Livermore National Laboratory (LLNL), USA.

In 2011 Dr. Eisele received the prestigious Feodor-Lynen-Fellowship award and became a member of the Alexander-von-Humboldt-Foundation.