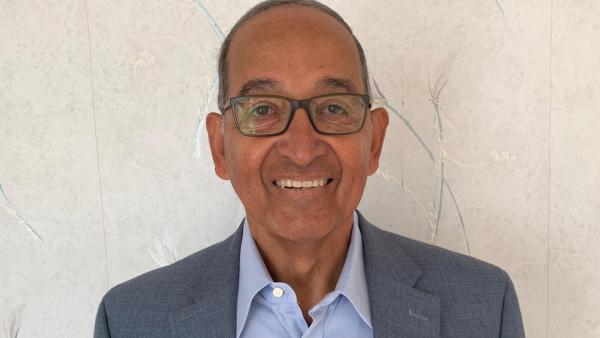 TAREK N. SAADAWI received the B.Sc. and the M.Sc. from Cairo University Egypt in 1973 and 1975 respectively and the Ph.D. from the University of Maryland, College Park in 1980 (all in Electrical Engineering).  Since 1980 he has been with the Electrical Engineering Department, The City University of New York, City College where he currently directs the Center of  Information Networking and Telecommunications (CINT) and  a Professor teaching courses in Network security, computer networks, local area network, communications systems and information theory. His current interests are telecommunications networks security, high-speed networks, multimedia networks, mobile ad-hoc networks and transport layer protocols.  He has published extensively in the area of telecommunications networks. He is a co-editor of the book "Cyber Infrastructure Protection,"  Strategic Study Institute, volume 1, May  2011, and Volume 2, August 2013, and co-author of the book, "Fundamentals of Telecommunication Networks," John Wiley & Sons, 1994 (which has been translated into Chinese).
Dr. Saadawi is the co-Chair and co-Organizer of NSF Workshop on Cyber Security, Cairo-Egypt, May 27-30, 2013 and was a Member of the Consortium Management Committee for the Army Research Lab (ARL) Consortium on communications and networks; known as the Collaborative Technology Alliances on Communications and Networks, (1996 – 2011).  He is a Senior Member of IEEE, former Technical Editor of IEEE Communications, and former Chairman of IEEE Computer Society of New York City (1986-87).  He has received IEEE Region 1 Award, 1987, and the Nippon Telegraph and Telephone (NTT) of America for research on Broadband Telecommunication Networks.  Dr Saadawi is a co-founder of IEEE Symposium on Computers and Commuications (ISCC is in its 18th  series).
Dr Saadawi and has been invited and joined US Dept of Commerce Delegation to the Government of Algeria to address rural communications.   He also led a group of US experts to provide a telecommunications master plan for the Government of Egypt under US AID funding.

Professor Saadawi is the Director of Center for Information Networking & Telecommunication that conducts research and development in the fields of high-speed networks, multi-media, multi-service, integrated wired/wireless networks, mobility in IP and ATM networks, secure communications, and information distribution networks. These research and educational activities have been funded by government agencies and industries including: US Army (ARL, CECOM, ARO), NSF, Telcordia (formerly Bellcore), Panasonic, NY State, NYDOT, and AT&T.