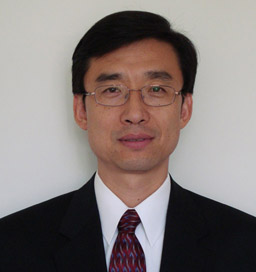 Dr. Zhu is currently a Herbert G. Kayser Professor of Computer Science, at The City College of New York and The CUNY Graduate Center. He is Director of  the City College Visual Computing Laboratory (CcvcL), and Co-Director of  the Center for Perceptual Robotics, Intelligent Sensors and Machines (PRISM) at CCNY. Previously he has been an Associate Professor at Tsinghua University and a Senior Research Fellow at the University of Massachusetts, Amherst. From 1997 to 1999 he was Director of the Information Processing and Application Division in the Computer Science Department at Tsinghua University.

In 2012 Dr. Zhu is named the Herbert G. Kayser Chair Professor of Computer Science, a distinction "in recognition of his outstanding achievement as a faculty member in the Grove School of Engineering" at The City College of New York. In May 2013 Professor Zhigang Zhu received President's Award for Excellence, The City College of New York, in the inaugural year of the President's Awards. He is the recipient of CUNY "Certificate of Recognition" yearly from 2004 to now, "Science and Technology Achievement Award" (second prize winner) from Ministry of Electronic Industry China in 1996, "Outstanding Young Teacher in Beijing" in 1997, and "C. C. Lin Applied Mathematics Scholarship" (first prize winner) at Tsinghua in 1997. His Ph.D. thesis " On Environment Modeling for Visual Navigation" was selected in 1999 as a special award in the top 100 dissertations in China over the last three years, and a book based on his Ph.D. thesis was published by China Higher Education Press in December 2001.

He is a senior member of the IEEE, a senior member of the ACM, an Associate Editor of the Machine Vision and Applications Journal (2006 - now), Technical Editor, IEEE/ASME Transactions on Mechatronics (09/2010 - now). He is Co-General Chair of the 2013 IEEE/NSF Workshop on Multimodal and Alternative Perception for Visually Impaired People (MAP4VIP) July 15th, 2013, San Jose, USA ,  Co-General Chair (with Prof. Thomas S. Huang) of the 2007 IEEE Workshop on Multimodal Sentient Computing, in conjunction with CVPR 2007 in Minneapolis, Minnesota, and Co-Guest Editor (with Prof. Takeo Kanade) of Special Issue on Modeling and Representations of Large Scale 3D Scenes, International Journal of Computer Vision.