B. Blockchain in Cybersecurity 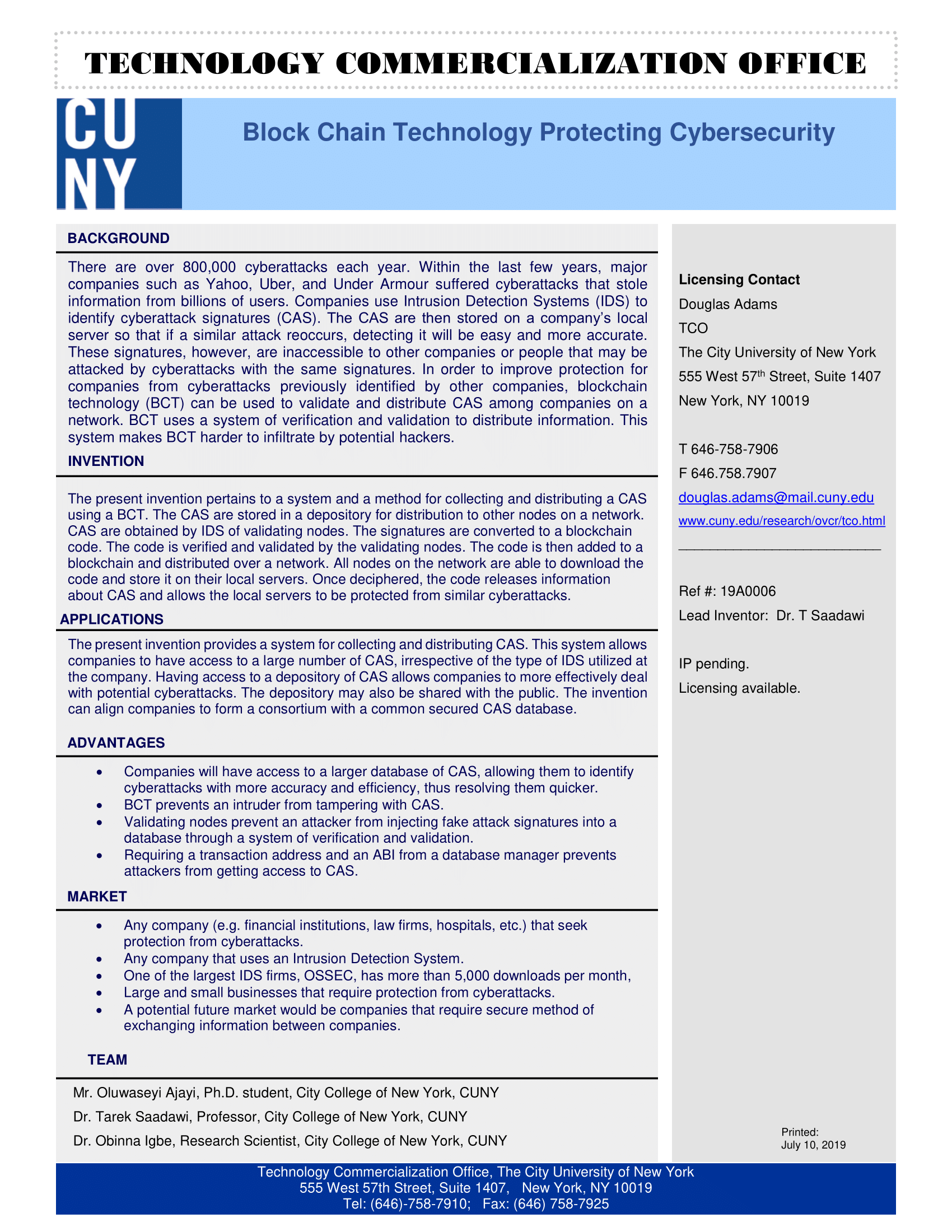 A method for detecting the intrusion is provided using a combination of two AIS algorithms: Negative Selection Algorithm (NSA) and Dendritic Cell Algorithm (DCA). The method includes the following steps, or some functional subset of these steps: periodic monitoring of a data processing system for anomalous behavior that may indicate the presence of an intruder or an undesirable software; using the NSA for the generation of a population of detectors that are used for detecting anomalies in the monitored system via a matching criterion; using the DCA (which runs in parallel to the NSA) to sample traffic and signals coming in or out of the data processing system; using an aggregation system to combine the individual decisions of the NSA and the DCA to form a single final decision.