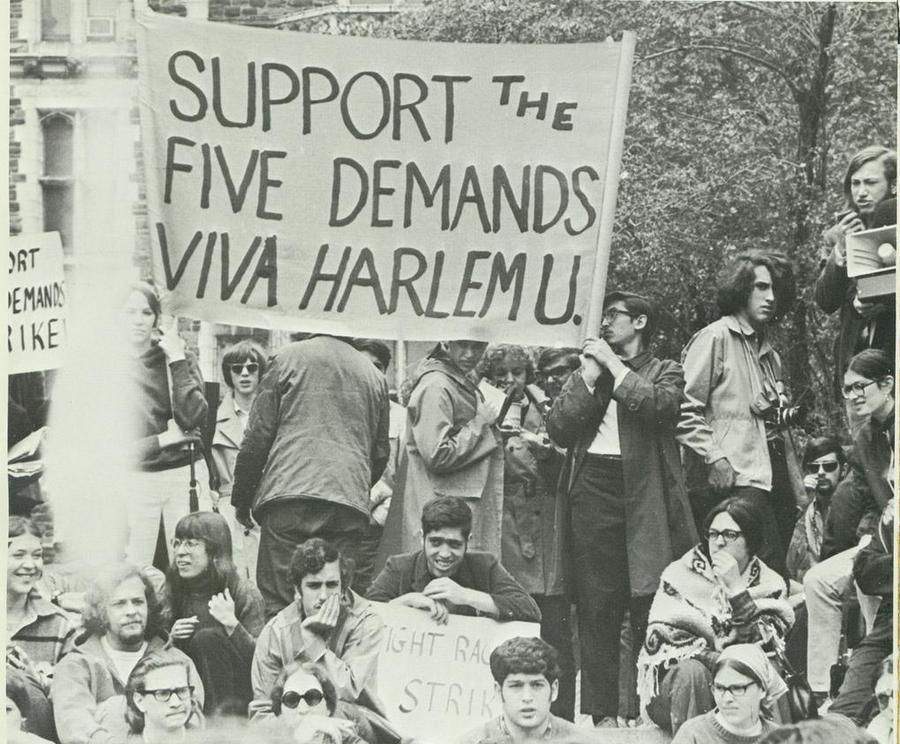 In commemoration of a transformational event in the institution’s 172-year history, The City College of New York’s Black Studies Program hosts   discussions and a walk April 16-18 to mark the 50th anniversary of the 1969 protest that led to open admissions.

The observance also includes the remounted 40th anniversary exhibit entitled: “The Five Demands: The Student Protest and Takeover of 1969." Originally curated in 2009, it can be viewed in City College’s Morris R. Cohen Library Atrium. It’s free and open to the public.

Highlights of the Black Studies-sponsored commemoration are:

On April 22, 1969, a group of CCNY students, whose demands included greater minority enrollment, occupied the South Campus and Klapper Hall. They did not vacate the buildings until May 4, two weeks later.  The protest led to the implementation of The City University of New York's (CUNY) controversial open enrollment policy.