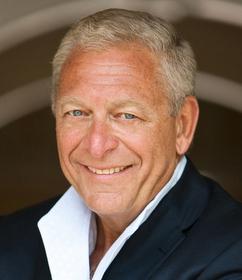 Philanthropist and healthcare entrepreneur Bert Brodsky,’64, will receive the 65th John H. Finley Award from The Alumni Association of The City College of New York. Named for CCNY’s third president, the award honors deserving New Yorkers for exemplary service to the city. He and seven recipients of the Townsend Harris Medal will be feted at the Association’s 132nd Annual Dinner, Thursday, November 8, at The New York Hilton.

Mr. Brodsky, who majored in finance and economics at CCNY, is chairman and founder of Long Island-based Sandata Technologies, LLC, one of the nation’s premier providers of advanced computer, telephone and Internet-based technologies for the healthcare industry. The company’s mission is to transform the home healthcare industry into a modern, efficient and quality-driven system.

Sandata’s creation was a continuation of Mr. Brodsky’s commitment to help better the administrative end of the healthcare industry. Six years after graduating from CCNY, he had founded his first company -- Sandata’s forerunner -- Medical Arts Office Services, Inc. It pioneered automated billing and management services for the healthcare industry and was the first to develop a program for hospital-based physicians’ electronic claims submissions to Blue Cross/Blue Shield as intermediary for Medicare and Medicaid.

His other honors include: the Ernst and Young Master Entrepreneur of the Year Award in 2000; the New York Institute of Technology’s Business Vision Award; the Townsend Harris Medal in 2005 and the honorary degree Doctor of Humane Letters from CCNY in 2011.

Mr. Brodsky founded the Alzheimer’s Foundation of America and served as its chairman for 10 years. He currently sits on the board of trustees. In addition, Mr. Brodsky is a member of the Simon Wiesenthal Center’s International Leadership Council and a guest lecturer for C.W. Post and Hofstra University School of Business.

This year’s Townsend Harris Medalists are:

Chris Cimino, ’83, meteorologist on WNBC-TV’s “Today in New York” morning news show will present the Townsend Harris medals. He received a Harris Medal in 2000 for outstanding postgraduate achievement. Anne M. Mancuso, ’75, president of the Alumni Association, will emcee the event. CCNY President Lisa S. Coico will be the guest speaker.

In addition, the Alumni Association will present more than 60 scholarships and cash awards to deserving CCNY students.

Tickets for the dinner, which cost $178 per person, are available through the
Alumni Association office at (212) 234-3000. The New York Hilton is located at 54th Street and Avenue of the Americas, Manhattan.