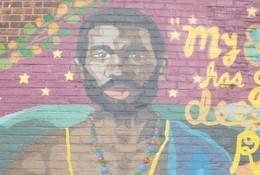 Juan Rodríguez, native of Santo Domingo, comes to New York in 1613 and stays when his ship sails to Holland

The first non-native to live in what is now New York City was a black or mixed race Dominican, a new monograph produced by researchers at the CUNY Dominican Studies Institute (CUNY DSI) documents. Juan Rodríguez, who was born on the colony of La Española, now the Dominican Republic, came to the Big Apple in 1613 aboard a Dutch trading vessel en route from the Caribbean. He decided to stay and live among the natives when the ship returned to Holland.

“This is the kind of research that produces new academic knowledge and engages in a conversation with a scholarly community who studies New York City’s early history,” said Dr. Ramona Hernández, director of CUNY DSI.  “This research also serves people from a practical point of view: A very early predecessor of the large Dominican population that thrives in New York City today, Juan Rodriguez’s story belongs to the history of all New Yorkers.

“As residents of a port city with a uniquely multiethnic population since its very beginnings next to the mighty Hudson River, New York has always been a community of interactions and intermingling amongst races and ethnicities.”

The monograph was commissioned by the American Chamber of Commerce of the Dominican Republic, which will receive the first copy at a luncheon meeting at City College Thursday, October 4. The following day, a two-hour colloquium with experts in translations and transcription will examine the challenges, excitement and insights of translating the documentation for the Juan Rodríguez story.

Earlier this week, New York City Mayor Michael Bloomberg named a stretch of Broadway between W. 159th Street and W. 218th Street for Mr. Rodríguez. The section of the famed roadway runs through Washington Heights, home of one of the largest concentrations of Dominicans living outside their homeland.

According to archival records reviewed by DSI researchers, Mr. Rodríguez, a "black or mulatto free sailor" born on La Española, arrived in an estuary of the Hudson River in the spring of 1613, aboard the “Jonge Tobias,” a Dutch ship captained by Thijs Mossel. After two months presumably spent trading with Native Americans, Captain Mossel decided to return to Holland, but Mr. Rodríguez refused to make the journey and was allowed to stay on shore.

Approximately a year later, another Dutch ship, captained by Hendrick Christiaensen, arrived in the harbor and Mr. Rodríguez went to work for him. When shortly after Captain Mossel returned with a different ship, tensions arose between the two crews, due to their competition in the fur trade with natives. Captain Mossel’s crew tried unsuccessfully to capture Mr. Rodríguez and force him to work for them. No records documenting his life after this incident are known.

Scholars have known about Juan Rodríguez for some time; a reference to him appears in a 1959 Dutch article by historian Simon Hart. However, previous scholarship has emphasized his blackness, noted Anthony Stevens, the monograph’s lead author and associate director of CUNY DSI. “We are saying ‘yes, he was black and of African descent,’ but if he was born in Santo Domingo, he had to be part of that colony’s society. The birth location was never questioned; it just hasn’t been highlighted.”

CUNY DSI researchers were able to find the original manuscript studied by Hart, transcribe it and have it translated into both English and Spanish, Mr. Stevens said. The English translation, done by Tom Weterings, improved the document by correcting several mistakes from Hart’s earlier translation. The Spanish translation, done by Leonor Alvarez, was the first.

In the late 16th century and early 17th century, Spain and Holland were part of a common empire, and Dutch traders were challenging Spanish holdings in the Caribbean, such as La Española and Puerto Rico. According to Mr. Stevens, there is “much documentation” of smuggling activity between the population of La Española and the Dutch, as well as occasional French and Portuguese traders.

Dominican archival sources make reference to three persons by the name of Juan Rodríguez being detained by Spanish authorities from 1605 - 1606 for participation in this activity. Any of them could have been the same person who seven years later came to what is now New York, Mr. Stevens said.

The colloquium, “Transcribing and Translating Social Knowledge: The Documents on Juan Rodríguez, a Dominican in New York City in 1613,” takes place 6 – 8 p.m. Friday, October 5, in the CUNY DSI Archives and Library, Room 2/202, North Academic Center on the CCNY campus. Panelists are: