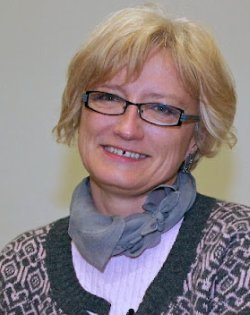 For coffee lovers, the first cup of the morning is one of life’s best aromas. But did you know that the leftover grounds could eliminate one of the worst smells around – sewer gas?

In research to develop a novel, eco-friendly filter to remove toxic gases from the air, scientists at The City College of New York (CCNY) found that a material made from used coffee grounds can sop up hydrogen sulfide gas, the chemical that makes raw sewage stinky.

Dr. Teresa Bandosz, CCNY professor of chemistry and chemical engineering develops and tests materials that scrub toxic gases like hydrogen sulfide from air in industrial facilities and pollution control plants. Much like the grains of charcoal packed into the filter of a tabletop water pitcher, her filters use a form of charcoal called “activated carbon.”

Caffeine, the stimulant that gives coffee its energy jolt, contains nitrogen. This element cranks up carbon’s ability to clean sulfur from the air, a process called adsorption. “We should not neglect the natural biomass that is rich in this element,” she and colleagues assert in the January 30 issue of the Journal of Hazardous Materials. The National Science Foundation (NSF) and the Army Research Office funded the research.

Usually, making carbon adsorbents more reactive to toxins requires treating the original with a nitrogen-rich chemical such as ammonia, melamine, or urea, the main nitrogen-containing substance in mammal urine.  “All of these,” the researchers note, “significantly increase the cost of adsorbents.”

To make their new filter, Professor Bandosz and her colleagues carbonized old coffee grounds, essentially turning them into charcoal.

To do so, they prepared a slurry of coffee grounds, water and zinc chloride, a chemical “activator.”  The team then dried and baked the mixture at temperatures of up to 800 degrees Celsius. The process of activation fills the carbon with scores of minute holes about 10-30 angstroms in diameter, roughly equivalent to 10-30 hydrogen atom-widths across. These densely packed pores are blanketed with nitrogen, perfect to capture hydrogen sulfide molecules passing through.

Hydrogen sulfide gas (H2S) isn’t just a smelly nuisance for sewage plant neighbors; it can be deadly. Human noses are so sensitive to the rotten-egg scent of this toxin that it can overwhelm the sense of smell, Professor Bandosz explained. “When someone is exposed to high concentrations of H2S, the nose will stop detecting it,” she said. “There have been cases in which workers died of H2S exposure in sewer systems.” Professor Bandosz suspects that the coffee-based carbon could also separate out other pollutants from the air and water.

With the ubiquitous motto to “Reduce, Reuse, Recycle,” and coffee-ground carbon’s special affinity for a toxic gas, Professor Bandosz hopes coffee grounds can be commercially developed into the next green waste filter. For now, however, she recycles them on her own: “I put them outside under the plants in my garden, especially those that like acidic soil,” she said. They are a great fertilizer, of course, packed as they are with nitrogen-rich caffeine.