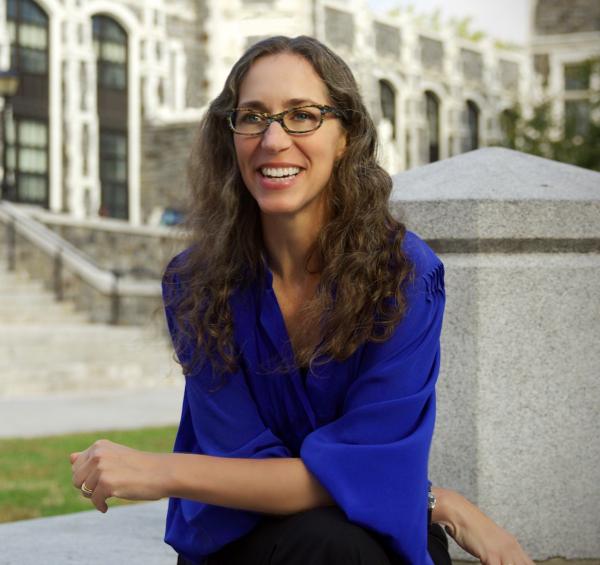 CCNY's Catherine Seavitt Nordenson has been elected a Fellow of the American Society of Landscape Architects.

Catherine Seavitt Nordenson, director of the Graduate Landscape Architecture Program at the City College of New York, is one of 35 American Society of Landscape Architects (ASLA) members elected ASLA Fellows for their exceptional contributions to the landscape architecture profession and society at large.

Election to the ASLA Council of Fellows is among the highest honors ASLA—the nation's largest professional association of landscape architects—bestows on members. It is based on their work, leadership/management, knowledge, and service.

Seavitt Nordenson and the other new Fellows will be elevated to the Council during a special investiture ceremony at the November 2021 ASLA Conference on Landscape Architecture in Nashville, Tennessee.

Her ASLA honor adds to her numerous accolades. She was a Fulbright Research Fellow to Brazil (2001-2002) and received the Rome Prize in Architecture from the American Academy in Rome that took her to the Italian capital in 1997–1998.

Among Seavitt Nordenson’s books are “Four Corridors: Design Initiative for RPA’s Fourth Regional Plan,” that she co-edited; “Roberto Burle Marx and Public Landscapes under Dictatorship,” and “Structures of Coastal Resilience,” as co-author. Her next book, “The Miasmist: George E. Waring, Jr. and the Sanitary Landscape,” is scheduled for publication in 2022 by the University of Texas Press.

She was the recipient of a $250,000 Rockefeller Foundation/ US Army Corps of Engineers grant in 2013 to develop “Structures of Coastal Resilience: Jamaica Bay” in parallel with the post-Hurricane Sandy USACE North Atlantic Coast Comprehensive Study. A $90,000 grant from the Rockefeller Foundation/ Regional Plan Association in 2017 funded the Four Corridors book and accompanying exhibition.

About ASLA
Founded in 1899, the American Society of Landscape Architects (ASLA) is the professional association for landscape architects in the United States. The Society’s mission is to advance landscape architecture through advocacy, communication, education and fellowship. Sustainability has been part of ASLA’s mission since its founding and is an overarching value that informs all of the Society’s programs and operations. ASLA has been a leader in demonstrating the benefits of green infrastructure and resilient development practices through the creation of its own green roof, co-development of the SITES® Rating System, and the creation of publicly accessible sustainable design resources.