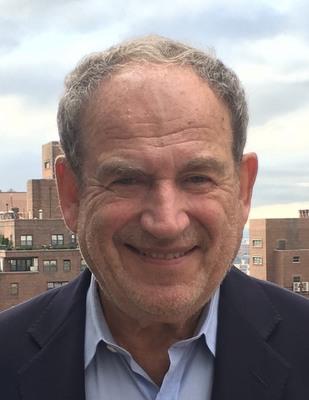 Attorney Stuart Katz, a 1964 CCNY graduate, has gifted $1 million to his Alma Mater.

Thanks to a $1 million gift from attorney and distinguished alumnus Stuart Z. Katz, The City College of New York is establishing a new endowed professorship in the Division of Humanities and the Arts.  The gift will be administered by The City College Fund.

“I have always cherished my four years at City College,” said Katz. “Academically, socially and politically, City College was a beacon of learning and growth for me and so many of my generation. It is time to give back, to give others the opportunity I had for a free or affordable quality education at CCNY. I am grateful I can do so.”

A political science major at CCNY, Katz graduated in 1964 with a BS in political science. He was inducted into Phi Beta Kappa, the oldest and one of the most selective academic honor societies in the nation.

He earned his JD from New York University Law School in 1968 and pursued a career as an attorney.  He has been a partner for most of his career at Fried, Frank, Harris, Shriver and Jacobson, and since 2009 Counsel to the firm.

In 2009, Katz became an adjunct professor at NYU Law School, where he teaches a course on mergers and acquisitions.  In addition to his professional accomplishments, he has been a member of the Leadership Council at the Friedman Brain Institute at Mount Sinai Hospital in Manhattan since 2011.