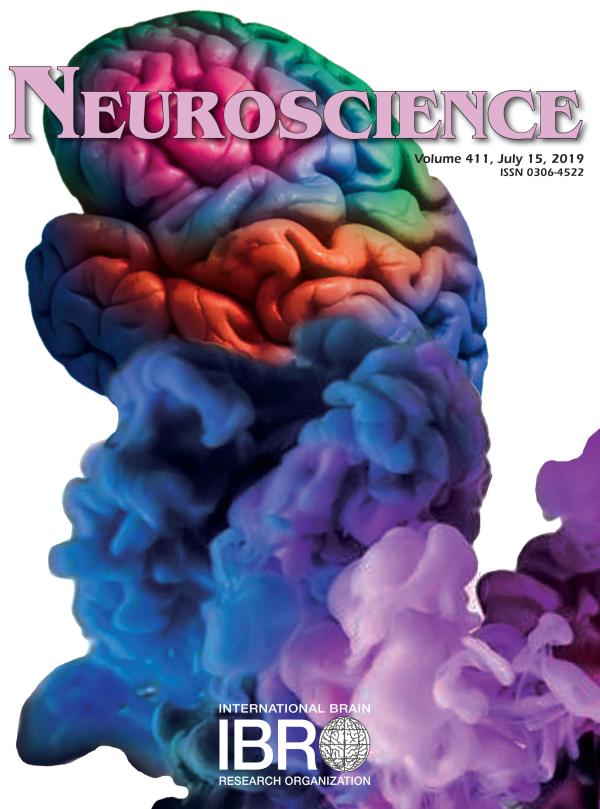 Neuroscience journal cover inspired by Francesca Arese Lucini herself. It shows how the conscious activity in the brain (depicted as the frontal cortex at the top of the image) evanesces into the unconscious part of the brain which is in the lower part.

Unique in its application of a mathematical model to understand how the brain transitions from consciousness to unconscious behavior, a study at The City College of New York’s Benjamin Levich Institute for Physico-Chemical Hydrodynamics may have just advanced neuroscience appreciably. The findings, surprisingly by physicists, suggest that the subliminal state is the most robust part of the conscious network and appear on the cover of the journal “Neuroscience.”

“It’s a big step forward in terms of analysis and investigation of the brain,” said City College PhD student Francesca Arese Lucini of the research, entitled “How the Brain Transitions from Conscious to Subliminal Perception,” that she led. “A lot of companies and startups are now focused on understanding more on how (people) work by focusing a lot of energy and money on investigating the brain. This study will probably interest those entrepreneurs or researchers that will focus on artificial intelligence and human computer interaction devices.”

Arese Lucini and a team of physicists analyzed functional MRI imaging of different subjects in order to obtain the corresponding brain activation. From the brain activation they obtained functional networks for the conscious state and compared this network to the subliminal state for each fMRI stream.

A reduction of the conscious network, by a k-core decomposition, left the k-core only, the maximal subgraph of nodes of the network with at least k neighbors. The k-core of the conscious state is reduced to three active regions of the brain, the fusiform gyrus (left and right) and the precentral gyrus. These regions are the only active in the subliminal state.

Highlighting the significance of the research, Hernán A. Makse, professor in CCNY’s Division of Science and a Fellow of the American Physical Society, pointed at its publication in a top neuroscience journal, a rarity for a paper by physicists.