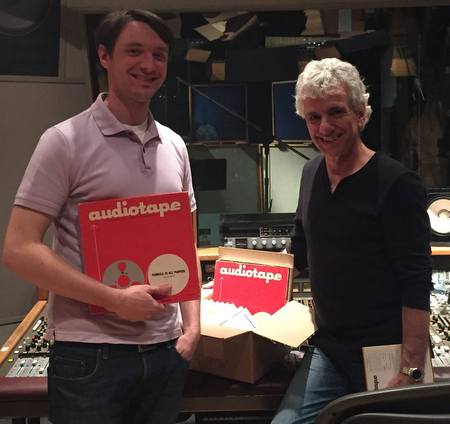 Before Ravi Shankar, whom George Harrison called the “godfather of world music,” became the internationally-recognized legend that he remains today, he was a City College of New York visiting professor.

Shankar taught courses at CCNY in the fall of 1967, including Special Topics: Music in Indian Culture: Theory and Practice (graduate). Forty-eight class meetings were recorded and are currently housed in the CCNY Archives and Special Collections. On them, Shankar explains the origins of Indian classical music, describes and demonstrates the music theory behind it, and leads students in singing exercises and devotional songs.

“These recordings are a treasured resource for CCNY alumni, students of Indian classical music and all music lovers,” said Michael Crowley, chief of the CCNY Music Library.

The rare and previously unavailable audio, currently held on 76 reels in City College’s Music Library, will soon be available to a wider audience thanks to a $15,000 grant that the Ravi Shankar Foundation received from The GRAMMY Foundation® Grant Program. The grant enables the foundation, in partnership with East Meets West Music (the foundation’s official record label) and the CCNY Archives and Special Collections, to preserve the recordings by digitizing and transcribing them, and making them accessible.

Office of Communications and Marketing
The City College of New York
212.650.5310