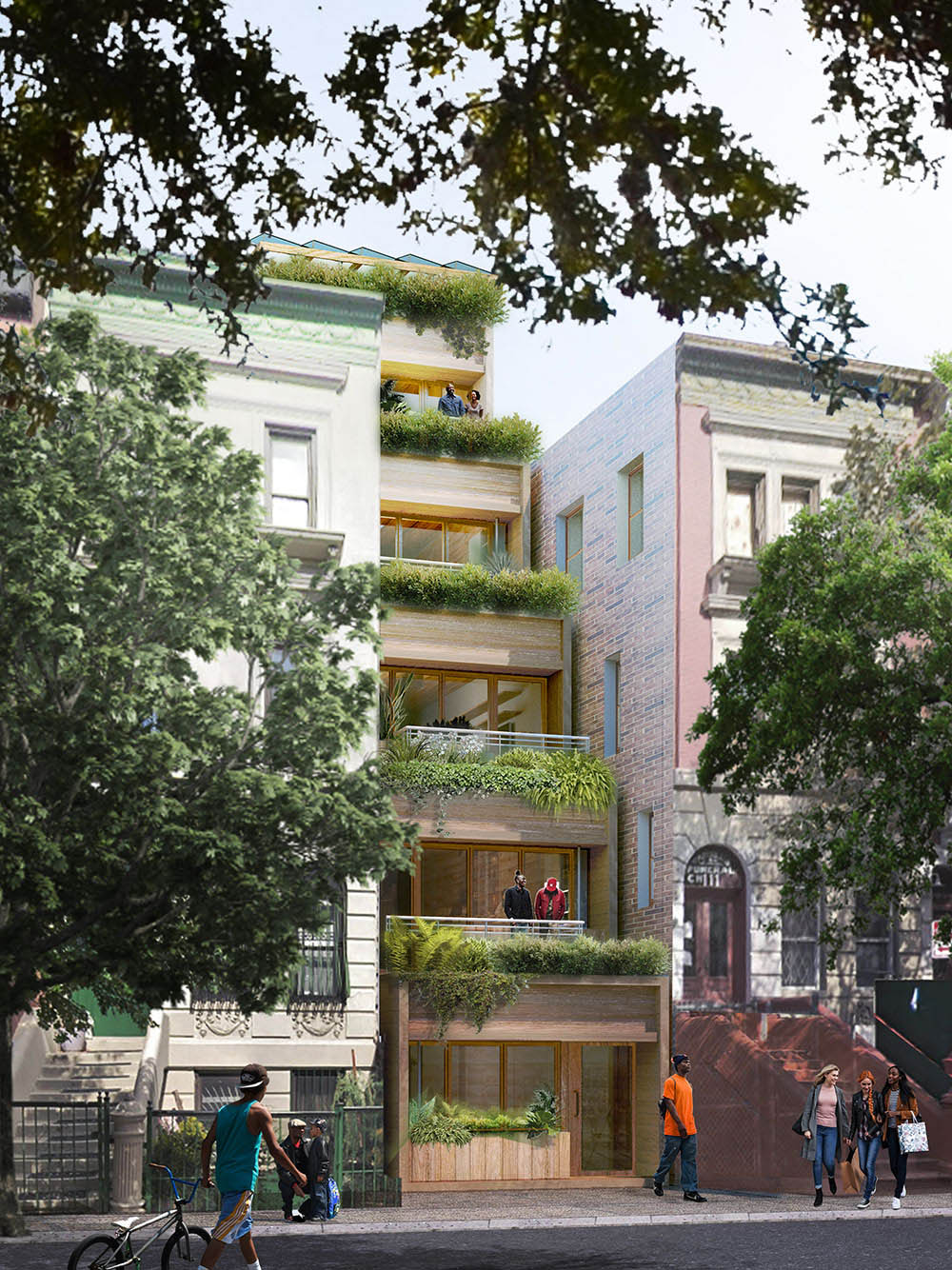 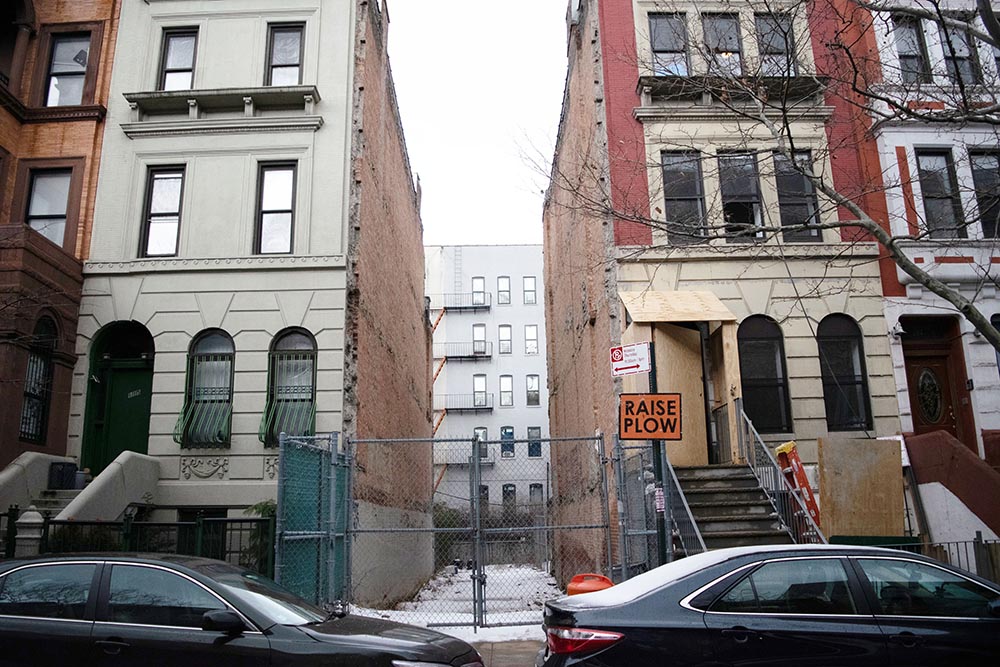 Hiding in plain sight in New York City are nearly two dozen potential solutions to the city's affordable housing shortage. Small, irregular vacant lots that are residential-ready yet challenging in scale to develop, these 23 city-owned properties are the focus of the 2019 Big Ideas for Small Lots NYC competition, which has named as a finalist The City College of New York Distinguished Professor Michael Sorkin, Director of the Graduate Urban Design program at CCNY's Bernard and Anne Spitzer School of Architecture, principal of Michael Sorkin Studio, and president of Terreform, a nonprofit urban research center. Greenfill: House as Garden, submitted by Michael Sorkin Studio, is one of five finalists chosen from a field of 444 entries from 36 countries.

Launched in February with a design brief calling for "excellence in small-scale, urban infill affordable housing," the Big Ideas for Small Lots NYC competition is organized by the New York City Department of Housing Preservation and Development and the American Institute of Architects New York in response to Mayor Bill de Blasio's Housing New York 2.0 plan, which aims to build or preserve 300,000 affordable homes by 2026. The nine-member competition jury evaluated the 444 proposals on their design, replicability and construction feasibility.

For its winning entry, Sorkin's firm, which specializes in urban design and green architecture, proposed a terraced five-story, seven-unit accessible structure for the subject site, an approximately 17-by-100-foot lot at 113 West 136th St. in Harlem. "We tried to cram as many tricks as we could up its narrow sleeve," says Sorkin.

Greenfill: House as Garden's innovations include:

For Sorkin, the synergy is strong between the project, his Urban Design leadership at CCNY and the Spitzer School of Architecture's mission: "The school in general is about New York City, about design committed to social justice—and one of the main crises that the city faces at the moment is housing affordability." And, he notes, "we're also a school that's committed to community-building, especially in our own neighborhood."

About the Bernard and Anne Spitzer School of Architecture
Celebrating 50 years of architecture at CCNY, the Bernard and Anne Spitzer School of Architecture is deeply committed to creating a just, sustainable, and imaginative future for a rapidly urbanizing planet. Through innovative research and interdisciplinary collaboration, the degree programs in Architecture, Landscape Architecture, Urban Design, and Sustainability in the Urban Environment seek to educate a diverse student body to become engaged professionals, both reflecting and enriching the complex communities of local and global environments. The School acts in the spirit of The City College of New York’s historic Ephebic Oath: “To transmit this city, not only not less, but greater, better and more beautiful than it was transmitted to us.”

About The City College of New York
Since 1847, The City College of New York has provided a high quality and affordable education to generations of New Yorkers in a wide variety of disciplines. CCNY embraces its role at the forefront of social change. It is ranked #1 by The Chronicle of Higher Education out of 369 selective public colleges in the United States on the overall mobility index. This measure reflects both access and outcomes, representing the likelihood that a student at CCNY can move up two or more income quintiles. In addition, the Center for World University Rankings places CCNY in the top 1.2% of universities worldwide in terms of academic excellence. More than 16,000 students pursue undergraduate and graduate degrees in eight professional schools and divisions, driven by significant funded research, creativity and scholarship. CCNY is as diverse, dynamic and visionary as New York City itself. View CCNY Media Kit.