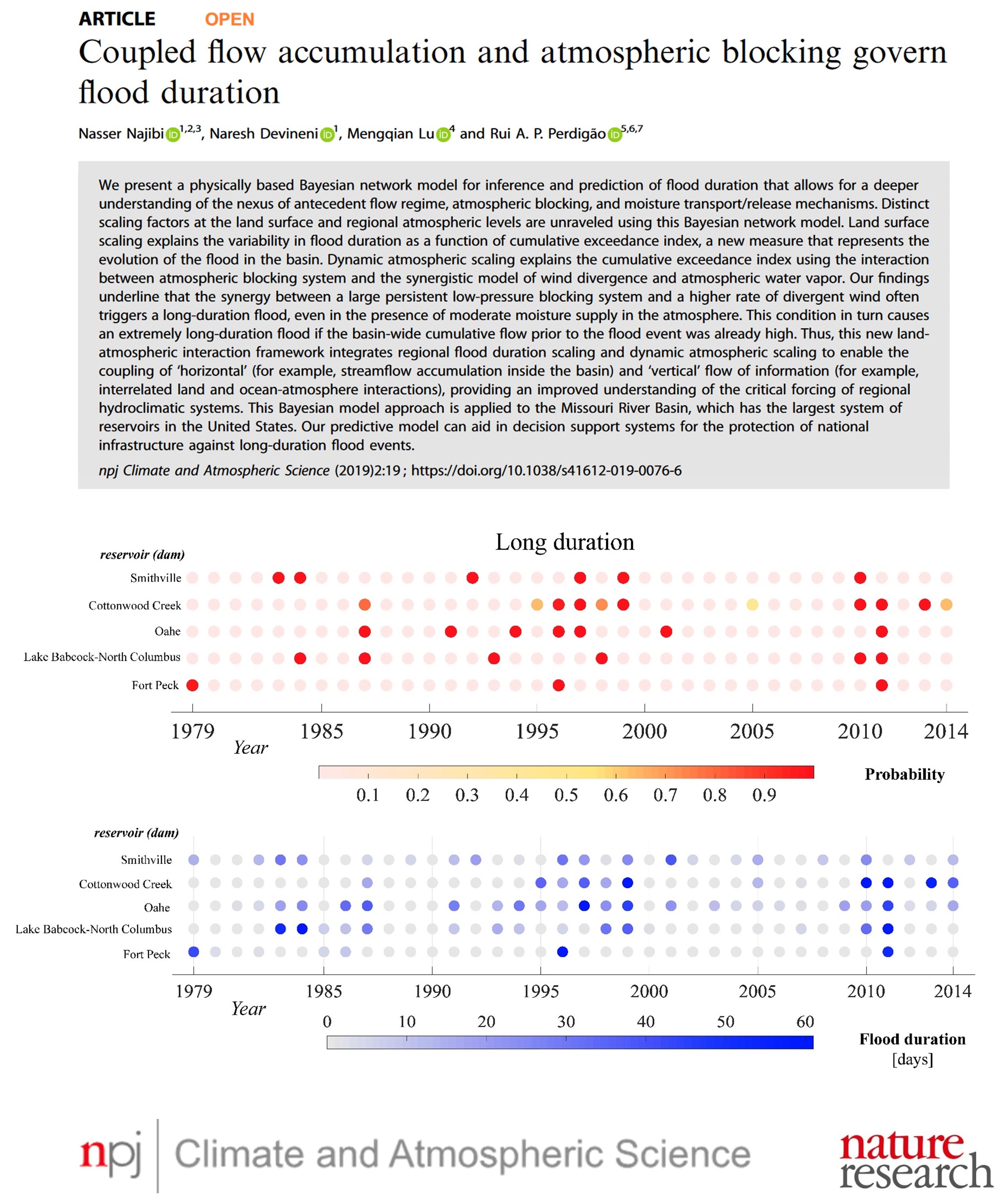 The duration of floods can be determined by river flow, precipitation and atmospheric blocking. Now an international team of researchers led by Nasser Najibi and Naresh Devineni at The City College of New York is offering a novel physically based Bayesian network model for inference and prediction of flood duration. The model also accurately examines the timescales of flooding.

Conceptualized by Najibi and tested on the Missouri River Basin, the statistical model is based on data in the area from the last 50 years. They found that long duration floods first require high flow conditions in rivers created by recurrent high intensity rainfall events, which is then followed by a large stable long-lived low-pressure system — a storm cell. These conditions may then result in large-scale devastating floods. In shorter duration floods, however, this land–atmospheric coupling is negligible thus explaining why not all storms result in widespread flooding.

“It is possible to predict the duration of floods by coupling atmospheric dynamics and land surface conditions in the watershed,” summed up Najibi, a PhD candidate majoring in civil and environmental engineering (water resources engineering) in CCNY’s Grove School of Engineering.

On the benefits of this new development, Najibi and Devineni said they are able to mitigate potential risk imposed by longer duration floods on critical infrastructure systems such as flood control dams, bridges and power plants. It is also possible to predict how long the duration of flooding and inundation will be.

Najibi and his team plan to expand their study, which appeared in the “Nature” research journal “npj Climate and Atmospheric Science,” across the United States. This work is part of Devineni’s DOE Early Career project funded by the U.S. Department of Energy.

Devineni is an associate professor in the Grove School and NOAA CREST.  Other collaborators in the research include Mengqian Lu (Hong Kong University of Science and Technology) and Rui A. P. Perdigão (Universtät Wien, Austria/ University of Lisbon, Portugal).