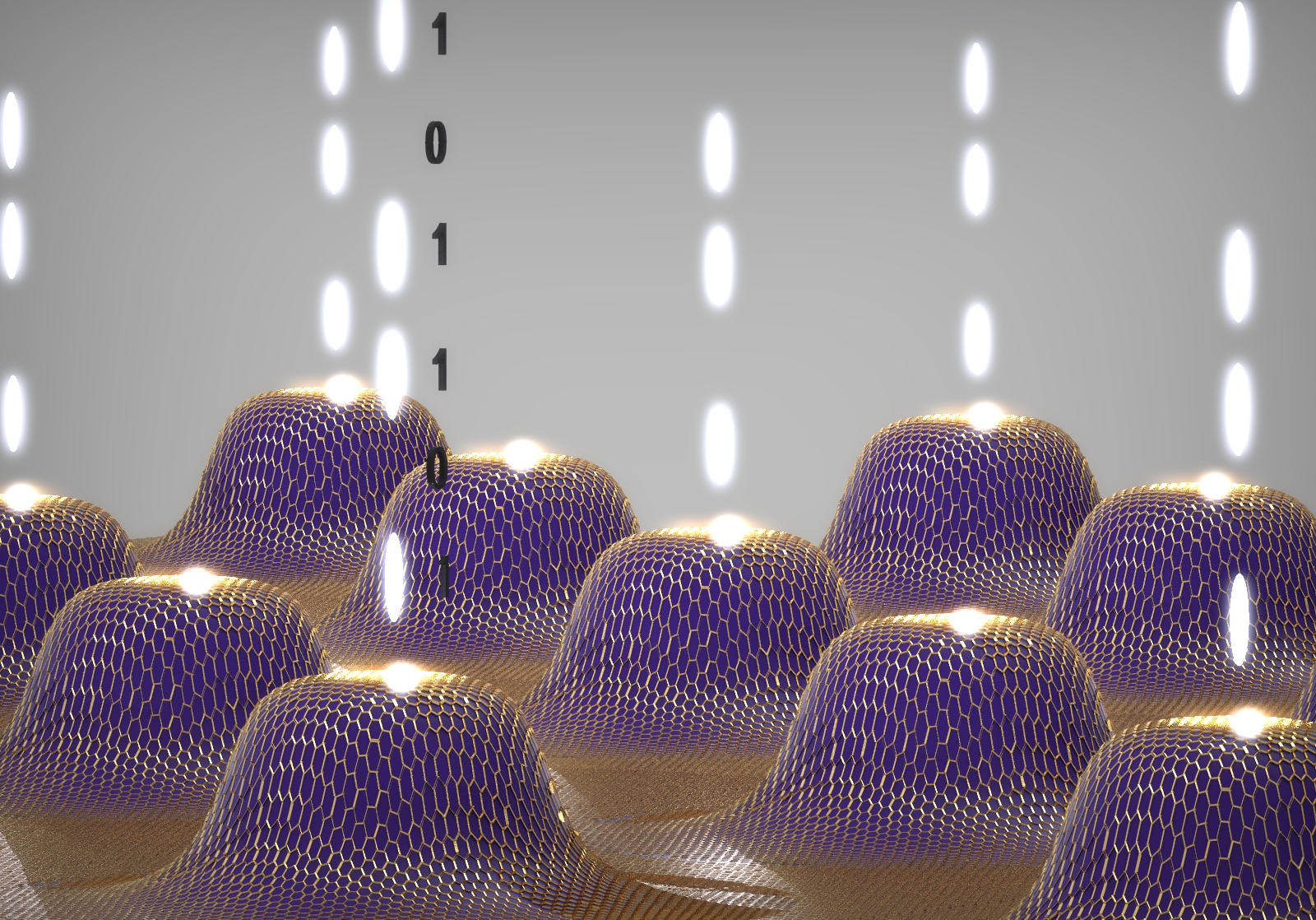 Physicists at The City College of New York have used atomically thin two-dimensional materials to realize an array of quantum emitters operating at room temperature that can be integrated into next generation quantum communication systems.

Researchers from the groups of City College Professors Carlos Meriles and Vinod Menon developed for the first time an array of on-demand single photon emitters that operate at room temperature.

The work was carried out by graduate student Nicholas Proscia, post-doctoral researchers, Zav Shotan and Harishankar Jayakumar, and undergraduate students Michael Dollar and Charles Cohen, in collaboration with theory groups from the Australian National University (Marcus Doherty and Prithvi Reddy) and the Center for Physical Science and Technology, Lithuania (Audrius Alkauskas).

This work was supported by funding from the U.S. National Science Foundation through CREST IDEALS center, the EFRI 2-DARE program, Research Corporation for Science Advancement through a FRED award, the Australian Research Council and the Research Council of Lithuania. The research paper detailing the science appears in the September 20 issue of Optica.

Since 1847, The City College of New York has provided a high quality and affordable education to generations of New Yorkers in a wide variety of disciplines. Today The Chronicle of Higher Education ranks CCNY #2 among public colleges with the greatest success in ensuring the social mobility of our student body; at the same time the Center for world University Rankings places it in the top 1.2% of universities worldwide in terms of academic excellence. More than 16,000 students pursue undergraduate and graduate degrees in eight professional schools and divisions, driven by significant funded research, creativity and scholarship. CCNY is as diverse, dynamic and visionary as New York City itself.  View CCNY Media Kit.