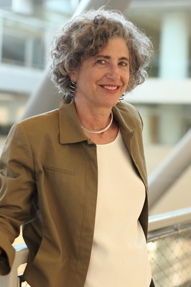 Professor Brown makes her case by presenting little-known examples from around the world of projects that do more with less and are designed for longevity, even in the face of climate change. In addition, she lays out five principles that should guide future infrastructure development:

Adopting these principles will yield multipurpose, low-carbon, resilient infrastructure that meshes well with natural and social systems, she adds.

About the Bernard and Anne Spitzer School of Architecture
The Bernard and Anne Spitzer School of Architecture at The City College of New York is the only public school of architecture in New York City. It offers programs in Architecture, Urban Landscape Architecture, and Urban Design, and has a student population of approximately 350. Its emphasis on the urban situation as a generator of ideas about the appropriateness of programs and forms in the city landscape is one of the school’s most original aspects. Architecture studios currently pursue programs that are civic, institutional, residential, and commercial allowing the student an in-depth experience of these project types as they are projected into the urban landscape of New York City.