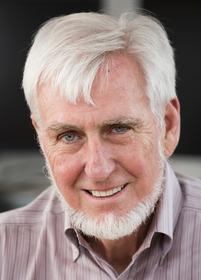 Dr. John O'Keefe, a 1963 alumnus of The City College of New York, was today awarded the Nobel Prize in Physiology or Medicine. He is CCNY's tenth Nobel laureate.

The award, by the Nobel Assembly at Karolinska Institutet in Sweden, is for Professor O'Keefe's co-discovery of cells "that constitute a positioning system in the brain." The Guardian newspaper dubbed it an "inner GPS" in the brain.

The New York native is Director of the Sainsbury Wellcome Centre in Neural Circuits and Behaviour at University College London (UCL) in England. He will share the Nobel Prize with the Norwegian husband-and-wife team May-Britt Moser and Edvard Moser.

After earning a bachelor's degree in psychology from City College, Professor O'Keefe received his doctorate in physiological psychology from McGill University, Canada, in 1967. He later moved to England for postdoctoral training at UCL and was appointed Professor of Cognitive Neuroscience there in 1987.