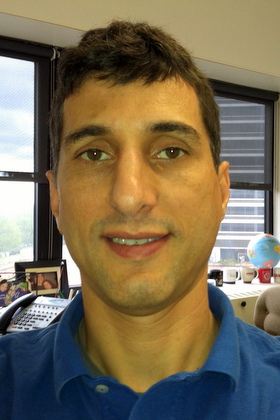 Dr. Richard Steinberg, director of City College's physics education program, holds dual appoints in the School of Education and physics department. The program is one of only 11 nationwide recognized for excellence in physics teacher preparation in a report by the National Task Force on Teacher Education in Physics.

The City College of New York was one of only 11 colleges and universities nationwide cited for excellence in physics teacher preparation, according to a new national study. The report, produced by the National Task Force on Teacher Education in Physics (T-TEP), pointed out that physics has a greater shortage of teachers than any other science discipline.

The report, “Transforming the Preparation of Physics Teachers: A Call to Action,” praised the City College program for active collaboration between CCNY’s physics department and School of Education; the program director holds appointments in both.

“Physics teachers are not being produced in the numbers needed,” said Dr. Richard Steinberg, director of CCNY’s physics education program. “The T-TEP report was produced to communicate to other colleges what could be done to address the issue, and one of the recommendations was having a physicist on staff who focuses on preparing teachers.”

Professor Steinberg said he came to City College in 1999 because it afforded him the opportunity to do just that through dual appointments. Two of his colleagues, Yael Wyner and Issa Salame, hold dual appointments in the School of Education and the biology and chemistry departments, respectively.

Most physics teachers in the United States take a small number of physics courses and never develop a deep understanding of the subject, the T-TEP report stated. Their training should expose them to physics-specific pedagogy and intensive study of physics in the context of learning to teach as well as actual experience teaching under the guidance of expert mentors, it added.

About The City College of New York
Since 1847, The City College of New York has provided low-cost, high-quality education for New Yorkers in a wide variety of disciplines. More than 16,000 students pursue undergraduate and graduate degrees in the College of Liberal Arts and Sciences; the Bernard and Anne Spitzer School of Architecture; the School of Education; the Grove School of Engineering; the Sophie Davis School of Biomedical Education, and the Colin L. Powell School for Civic and Global Leadership.