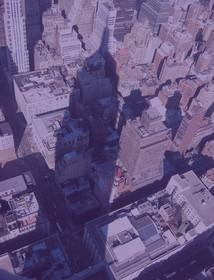 CCNY will host the 25th Conference on Spanish in the United States, March 26-29.

It brings together researchers from various disciplines, including linguistics, sociology, anthropology, education, and legal studies, investigating a wide range of topics related to the Spanish language and Spanish-speaking communities in the United States.

“That CCNY is hosting the conference this year highlights the College’s commitment to, and recognition of, linguistic and ethnic diversity, as well as the importance of Spanish as the language of the most represented ethnic group in New York City and in the United States,” said Dr. Edwin M. Lamboy, associate professor and department chair, secondary education, at CCNY.

Professor Lamboy and Dr. Laura Callahan, professor of Hispanic Linguistics in the department of foreign languages and literatures, are the conference organizers.

The conference schedule includes 121 panel presentations and four keynote speakers. Click here for a list of the keynote speakers and their topics. All but one of the events will be in CCNY’s North Academic Center Building with the exception of one off-campus round table at the Cervantes Institute March 27.