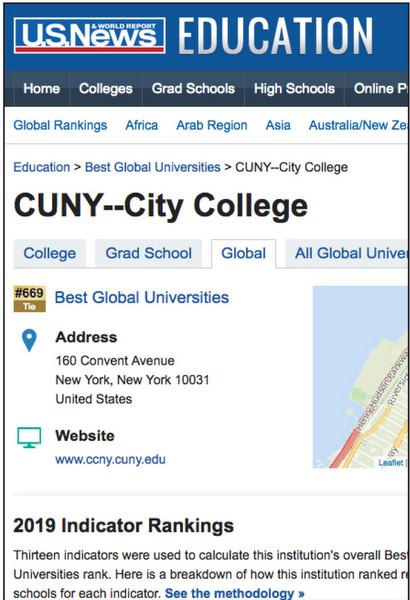 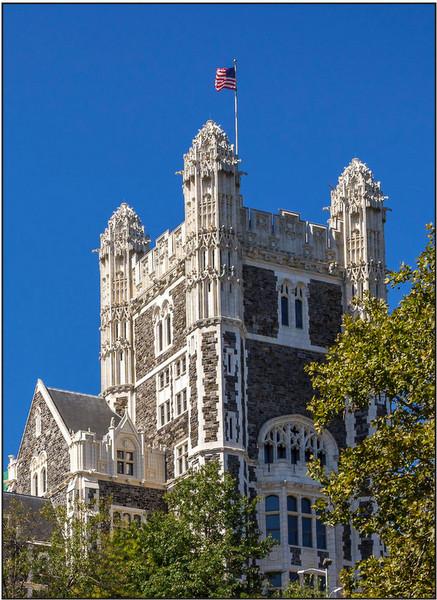 In its fifth annual rankings of the Best Global Universities, U.S. News & World Report places The City College of New York in the top half of the world’s 1,372 elite institutions from 75 countries.  City College is ranked #669, tied with New Mexico State University at Las Cruces.

In addition, U.S. News ranks CCNY #471 [tied with Heriot Watt University of Britain] in its Best Global Universities for Physics. This category recognizes:  “well-regarded universities from around the world (that) have shown strength in producing research in a wide range of topics related to physics – the study of matter and energy. Topics include particle and nuclear physics, mathematical physics, quantum physics and theoretical physics. These are the world's best universities for physics,” U.S. News emphasizes.

Hunter College also scored high on the overall rankings, coming in at #853, while area schools Hofstra University and Fordham University were #927 and #1005, respectively.

This is the second major global ranking of universities that CCNY, whose student population hails from more than 150 nations, features in prominently.